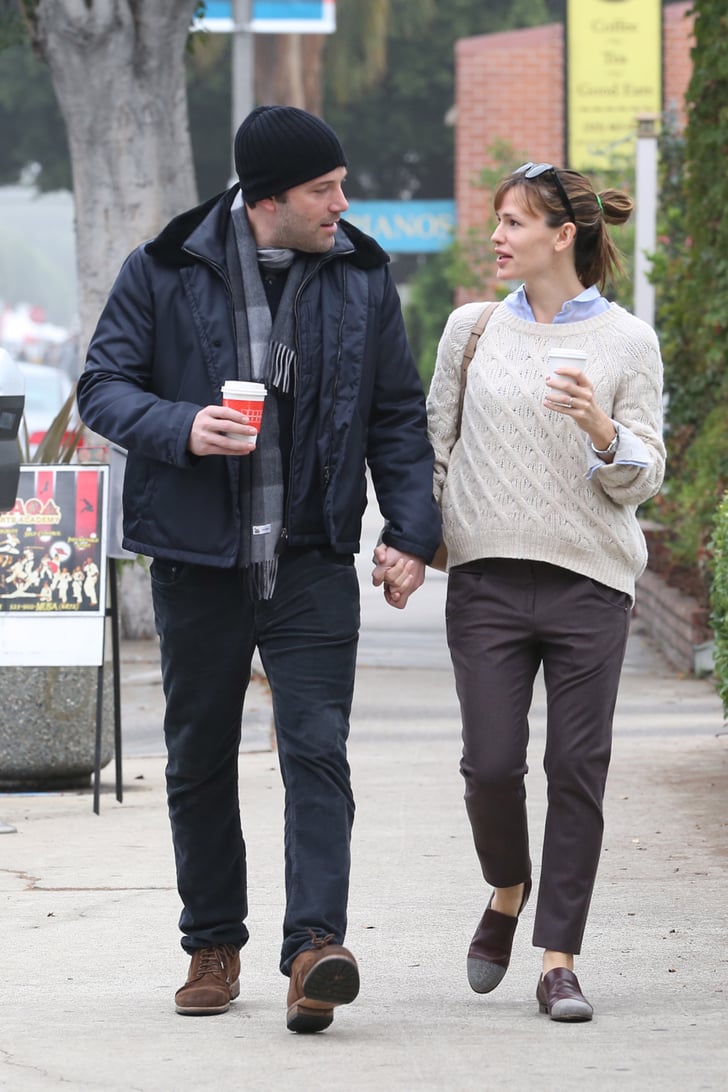 Ben Affleck and Jennifer Garner walked hand in hand through LA on Sunday, grabbing coffee together during a morning walk. Ben was all bundled up in a scarf and hat, covering up after showing off his Batman body on Friday. While Ben has been busy getting superhero-ready for the upcoming Man of Steel sequel, Jennifer has stepped out solo for several different appearances. Last week, she took the stage during the Hollywood Film Awards, and in mid-October, Jennifer hit the red carpet for the LA premiere of her latest film, Dallas Buyers Club. Earlier this month, she also linked up with Hillary Clinton and her former Alias costar Victor Garber at the Save the Children benefit gala in NYC.

Schitt's Creek
Who Is Emily Hampshire Dating? Her Relationship History Includes a Marriage
by Corinne Sullivan 13 hours ago