Ben Affleck doesn't want to be a superhero. After dressing up as Daredevil and Superman in Hollywoodland, he has announced that it is actually embarrassing for him to be wearing tights. At a recent press conference in the UK for Hollywoodland, Ben said: 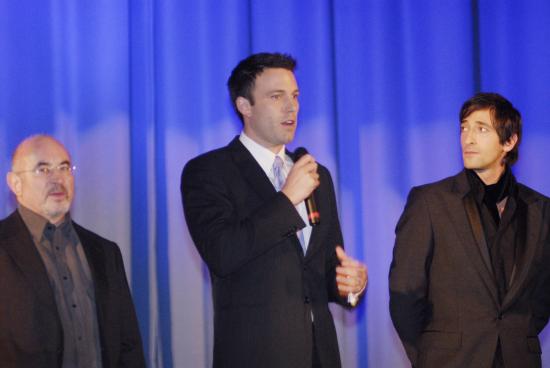 "By playing a superhero in Daredevil, I have inoculated myself from ever playing another superhero. Wearing a costume was a source of humiliation for me and something I wouldn't want to do again soon."

But what will he do when little Violet wants him to dress up with her for Halloween? To see more images of Ben and Adrien and the Hollywoodland gang read more

Previous Next Start Slideshow
Adrien BrodyBen Affleck
Around The Web

by Alessia Santoro 32 minutes ago