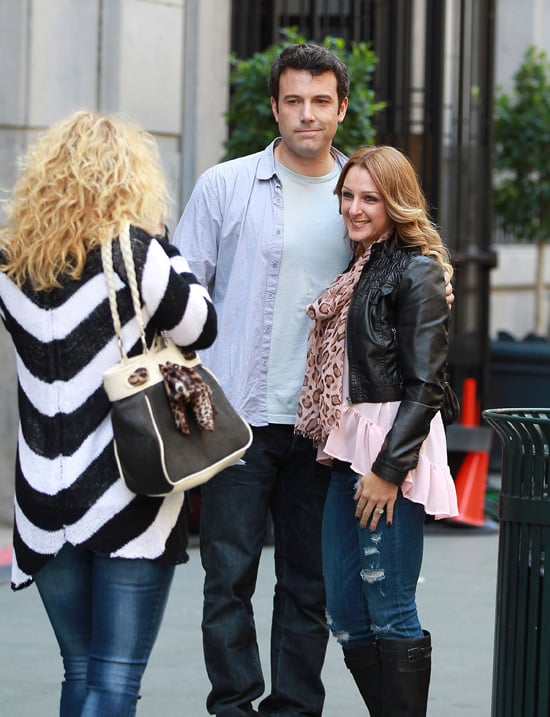 Ben Affleck was back to work on the set of Gone Girl in LA yesterday, just a few hours before his favorite team, the Boston Red Sox, won the World Series against the St. Louis Cardinals. Being from Boston, Ben is a huge Red Sox fan, so much so that he makes his wife, Jennifer Garner, take part in his superstitious antics to help his team win. Jennifer revealed details about Ben's Red Sox devotion earlier this week when she appeared on Jimmy Kimmel Live and told her friend Jimmy about how she has to move to different parts of the house depending on whether the Red Sox are winning or losing. She added that becoming a Red Sox fans is "one of the many deals you make with the devil" when you marry Ben.

While Ben was out filming and posing with fans, Jennifer was busy with her own errands in LA yesterday. The actress is currently gearing up for the release of Dallas Buyers Club, which is premiering in select theaters this Friday. 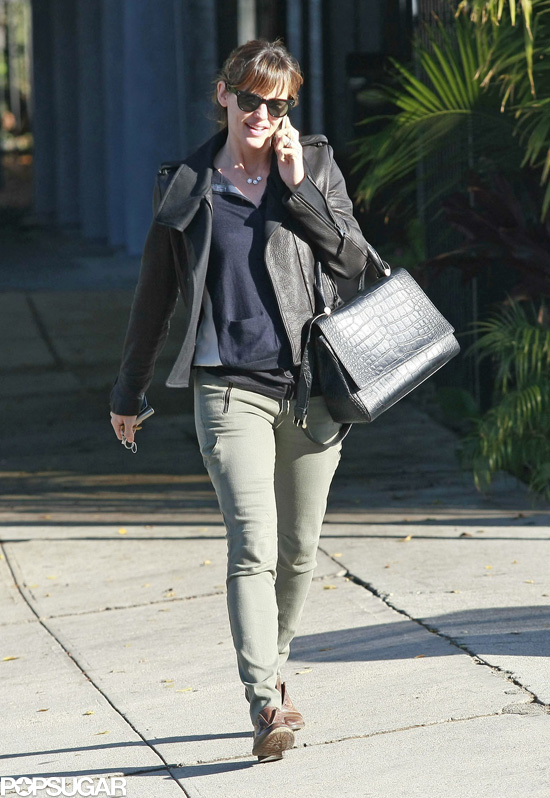 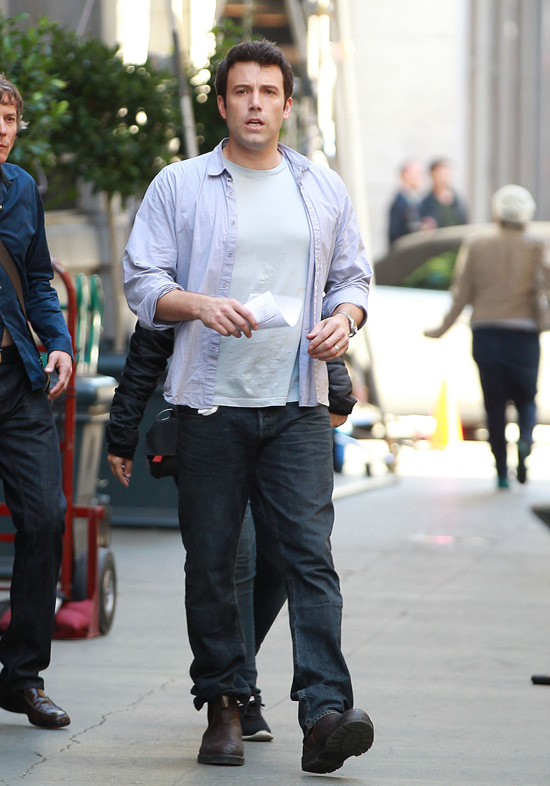 Image Sources: FameFlynet and Bauer-Griffin Online
Jennifer GarnerBen AffleckStars On The SetGone Girl
Around The Web

Celebrity Instagrams
Jennifer Garner Talks 2020 Election With Jill Biden: "Moms Are Going to Put You in the White House"
by Karenna Meredith 3 weeks ago