The political fun in Washington DC kept right on going yesterday before today's historic inauguration. After Sunday's parties and star-studded concert, the focus shifted as the celebrities gathered for good causes. Ben Affleck teamed up with David Arquette at a rally for Feeding America — where Ben said he'd be willing to camp out for a good spot at the inauguration — while Demi Moore and Ashton Kutcher joined Tobey Maguire elsewhere in town at the "New Era of Service" breakfast. Ashton and Demi discussed their new program aimed at encouraging citizens to give back before they paid a visit to Oprah. Ashton also found time recently to help round up famous faces for an inspiring video, showing that excitement about Obama didn't end after the election. 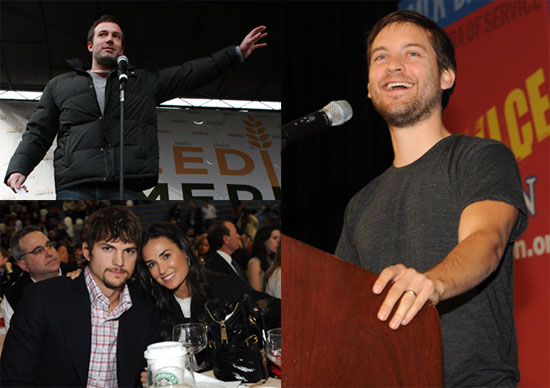 To see more of celebs around DC just read more.