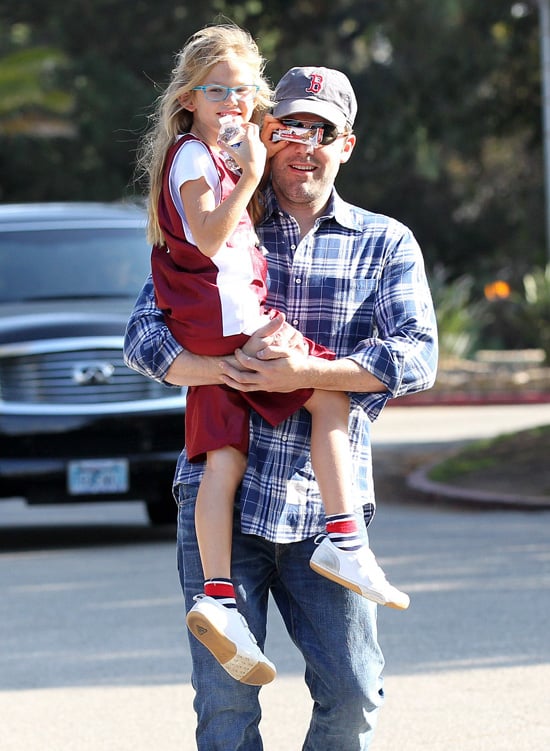 One thing is for sure, Ben Affleck's daughter Violet is a serious daddy's girl. Ben doted on his eldest daughter yesterday when he took her to basketball practice in LA. The 7-year-old was clearly in a playful mood as she covered her dad's eyes with a candy bar while he was carrying her to their car. The two got in a bit of father-daughter time after the whole family went trick-or-treating together in their Brentwood neighborhood on Halloween. Violet dressed up as a spooky mummy while her sister, Seraphina, went as Madeline and Samuel wore a horse costume. Ben and Jen decided to skip the costumes this year after the couple had a funny experience last year. Jennifer said last week that she and Ben had dressed up in matching Wizard the Oz costumes, but Ben ditched his outfit when he noticed that no other adults were dressed up while taking their kids trick-or-treating. 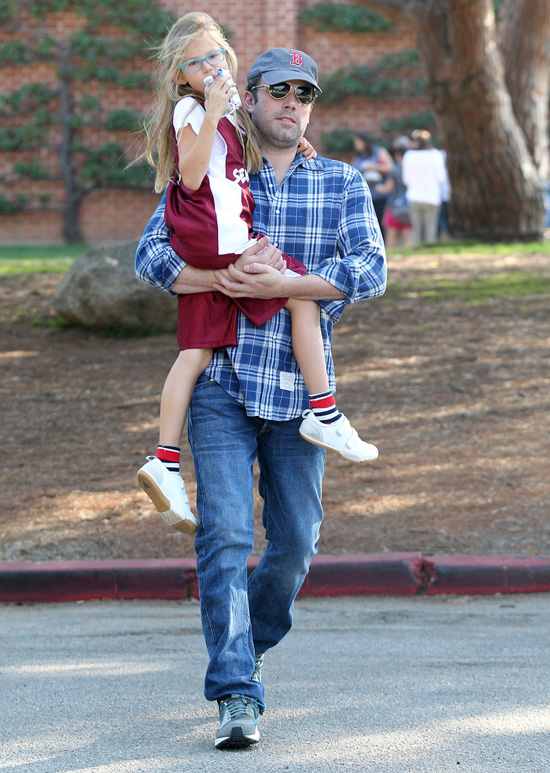 While Ben and Violet were running errands together, Jennifer's latest film, Dallas Buyers Club, was premiering in select theaters over the weekend. The film didn't top the box office list (it was only open in nine theaters) but it did pull in impressive numbers, raking in over $29,000 per theater. Hopefully those numbers bode well for a wider release for the film in the coming months. 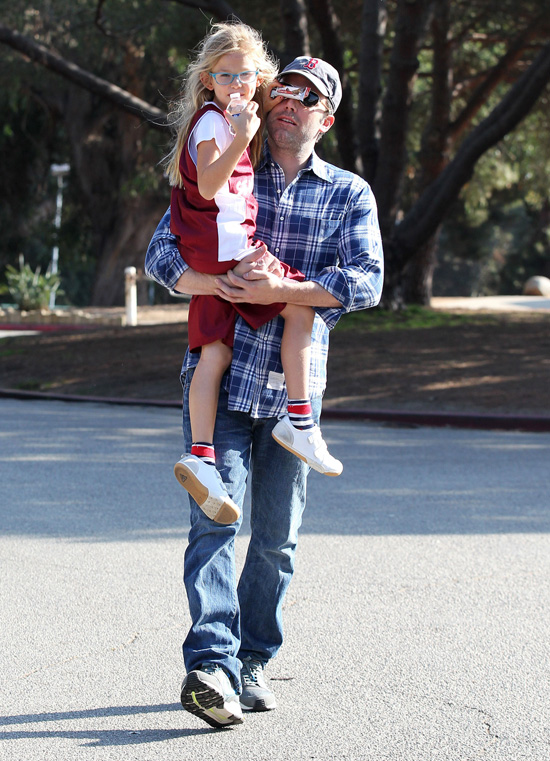 Celebrity Couples
Matt Damon Is Ready For a Ben Affleck and Jennifer Lopez Reunion: "I Hope It's True"
by Grayson Gilcrease 2 days ago