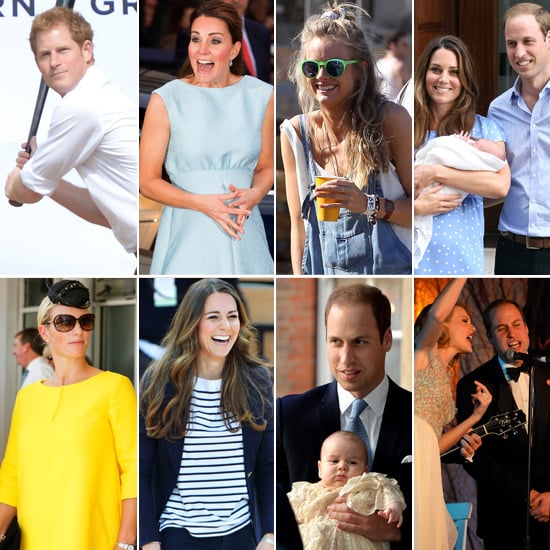 Queen Elizabeth II still rules Britain after 61 years, but the younger Windsors dominated the headlines in 2013. The Duke and Duchess of Cambridge welcomed a new heir, Prince George, to the family in July, but not without giving us nine months of royal baby fever. The world was watching as they debuted the royal baby outside the London hospital where he was born and again when he was christened in October. Meanwhile, new mom Kate got back to work making royal appearances, showing off her spike — and lack of bump — for a charity volleyball outing. Prince George’s uncle kept busy too, taking a May tour of America, where he met First Lady Michelle Obama, played baseball and football, and came across tons of eligible Harry Hunters. Back home, Harry apparently found love with Cressida Bonas, who could one day become a bona fide hipster princess. Royal cousin and Olympian Zara Phillips also had some news of her own: she's expecting a royal baby. And Prince William surprised us all late this year, when he jumped on stage with Taylor Swift and Bon Jovi to sing "Livin' on a Prayer" at a gala. What will you crown the best royal moment of 2013?

The Royals
Happy Birthday, Archie! Harry and Meghan Celebrate With a Call to Action and a New Portrait
by Tori Crowther 6 days ago