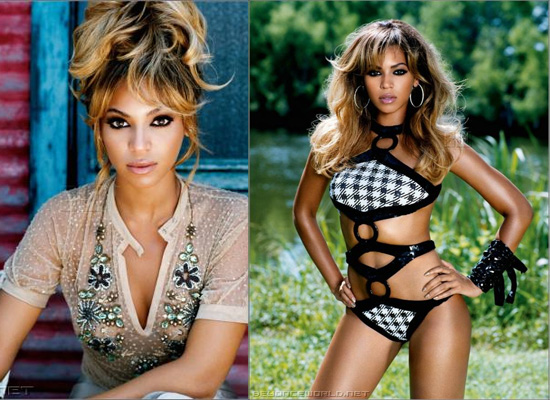 Now it appears that Mathew Knowles is desperate to stop Beyonce's star from falling any further. And it appears that his first order of business is nothing short of spectacular. MediaTakeOut.com spoke exclusively with an insider at Sony BMG who claims that Knowles is trying to postpone the release of Beyonce's sophomore album B-Day.

According to the record label insider, Knowles isn't satisfied with the quality of the album, and wants to rework a number of tracks. The source tells, "he's been relentlessly pressuring [Sony BMG] to postpone the release of the album for a couple of weeks now." And he's reportedly been using underhanded tactics to get his way. In what our tipster describes as a strong arm tactic, Mathew canceled a London tour designed to promote Beyonce's album. And yesterday, the album was "mysteriously" leaked on several websites. Our source tells, "Mathew's relentless ... it's only a matter of time before he gets his way."

Check out all the promo pics of Beyonce's new album. Too bad they may change to reflect a new release date. Lots more from Beyonce's B-Day so read more

Beyoncé Knowles
Ring the Alarm! The Peloton x Beyoncé Artist Series Is Back and Ready to Get Everyone Moving
by Angelica Wilson 6 days ago