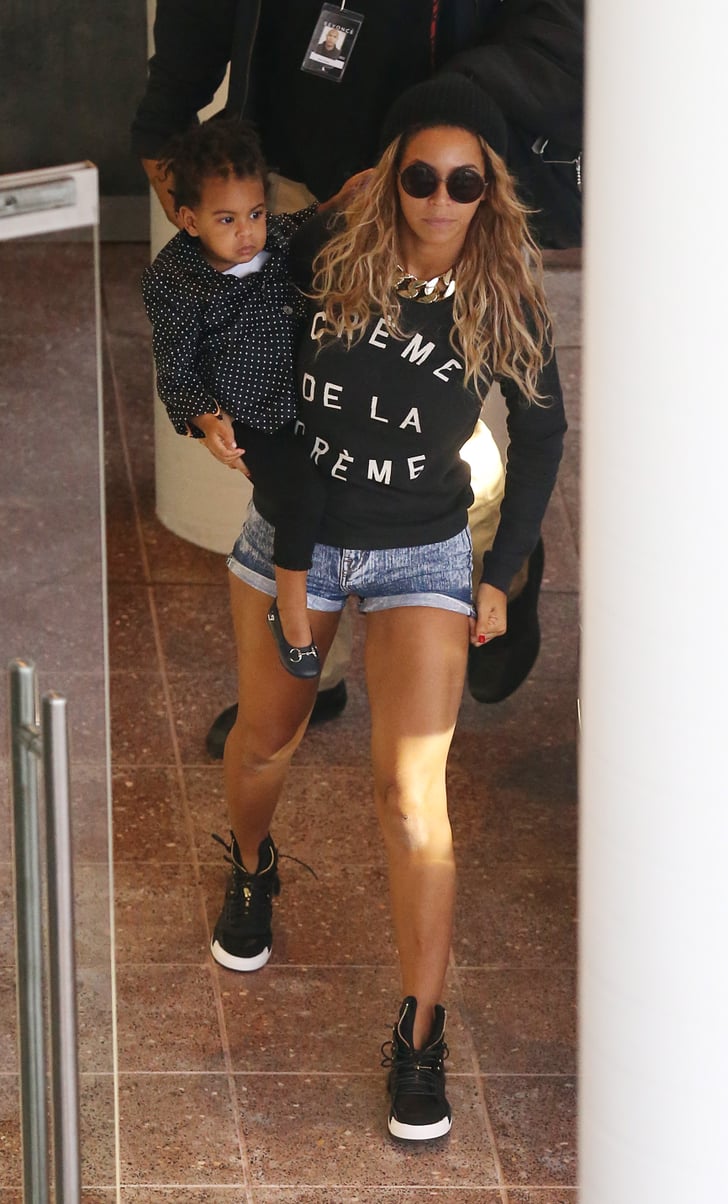 Beyoncé arrived at Rod Laver Arena in Melbourne, Australia, on Tuesday with little Blue Ivy on her hip. The sweet mother-daughter duo coordinated in black-and-white outfits, with the singer sporting a sweater and denim cutoffs with high tops and a beanie. Last week, Beyoncé shared adorable photos of her and 21-month-old Blue playing peekaboo, and over the weekend, she took to Instagram to post pictures of her time in New Zealand, including a photo of her bungee jumping in Auckland. Beyoncé and Blue are now down under for the Mrs. Carter Show world tour, and she's playing four shows in Melbourne before heading to four other Australian cities, wrapping up in Perth on Nov. 9. Meanwhile, Jay Z partied in Paris over the weekend, celebrating with friends after hitting the stage at the city's Palais Omnisports de Paris-Bercy.