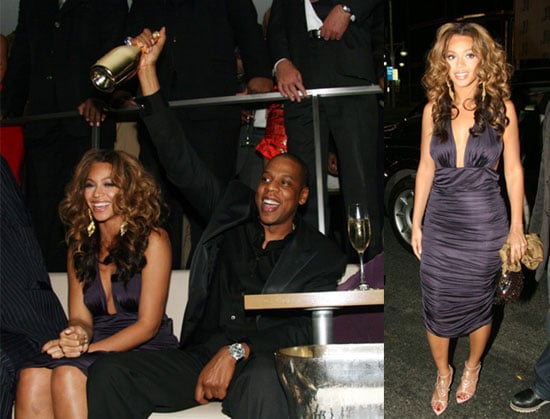 Beyonce and Eva Go for Brokeback

Beyonce was a busy lady yesterday. After doing TRL she headed out with boyfriend Jay-Z to celebrate the One-Year Anniversary of the 40/40 Club. As usual, Beyonce looks super hot. And things are only going to get hotter for the budding actress. She may go lesbian in a movie with Eva Longoria. Here's more: 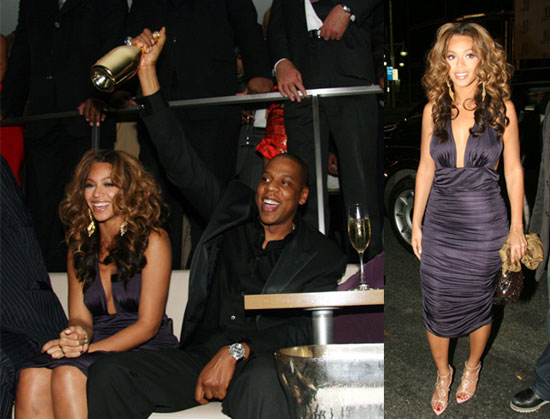 The pop star and DESPERATE HOUSEWIVES actress have been approached to star in period piece TIPPING THE VELVET, to be directed by SOFIA COPPOLA. Based on a raunchy SARAH WATERS novel it tells the tale of an 1890s music hall star and her lover. Longoria says, "Yes it's true, we're talking about doing that. It's such a wonderful novel, a beautiful love story. Knowles adds, "We've had BROKEBACK MOUNTAIN so the time is right for this divine novel to get the same treatment."

So, first LL and Keira Knightley and now these two. For now she's playing it straight with Jay-Z. More pics of the two having so much fun so just read more