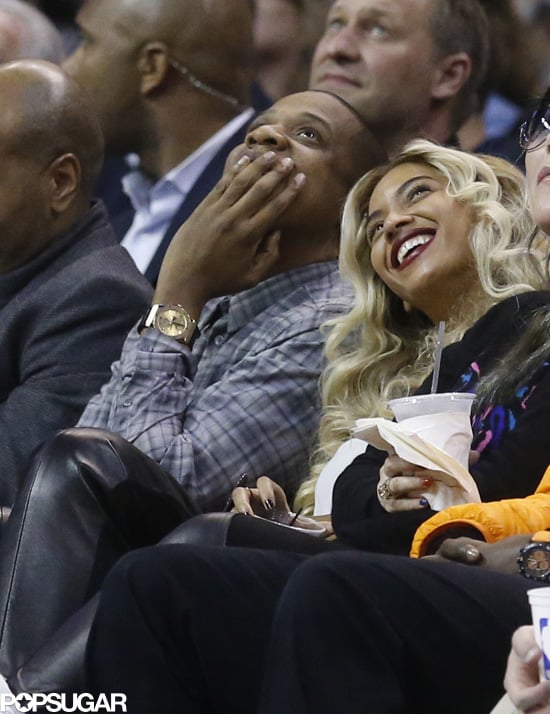 Beyoncé and Jay Z joined up in Oklahoma City on Thursday to watch the LA Clippers play the Oklahoma City Thunder. Beyoncé popped up in the Midwest after getting spotted in NYC earlier this week shooting what looked like a music video. While the singer has yet to officially release any new songs, she has given fans teases of her new music in commercials for Pepsi and H&M. She also shared "Bow Down/I Been On" on her website back in March 2013, but she never officially released the song as a single. Beyoncé was also seen shooting a mysterious video in Coney Island back in August, but she has yet to officially say what she is working on. At the moment, she is gearing up for another North American leg for her worldwide Mrs. Carter Show tour while Jay is preparing to launch his Magna Carter tour in St. Paul, MN, on Nov. 30. 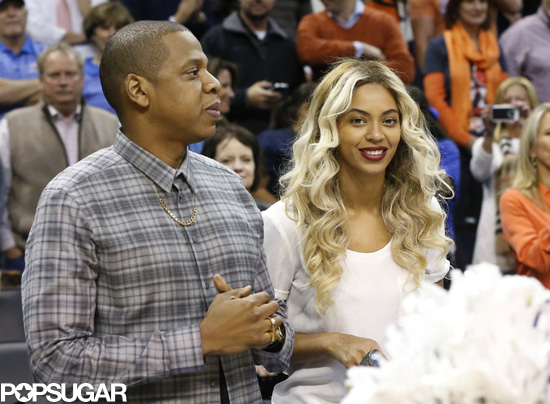 While the couple was at the game, a fan came down from the stands to nail an impressive half-court shot for $20,000. Naturally, a totally impressed Jay Z couldn't help but give the talented fan a big handshake. Watch the video below.

Schitt's Creek
Who Is Emily Hampshire Dating? Her Relationship History Includes a Marriage
by Corinne Sullivan 5 hours ago

Beyoncé Knowles
Beyoncé Calls For an End to SARS and Its "Senseless Brutality" in Nigeria: "I Am Heartbroken"
by Grayson Gilcrease 12 hours ago