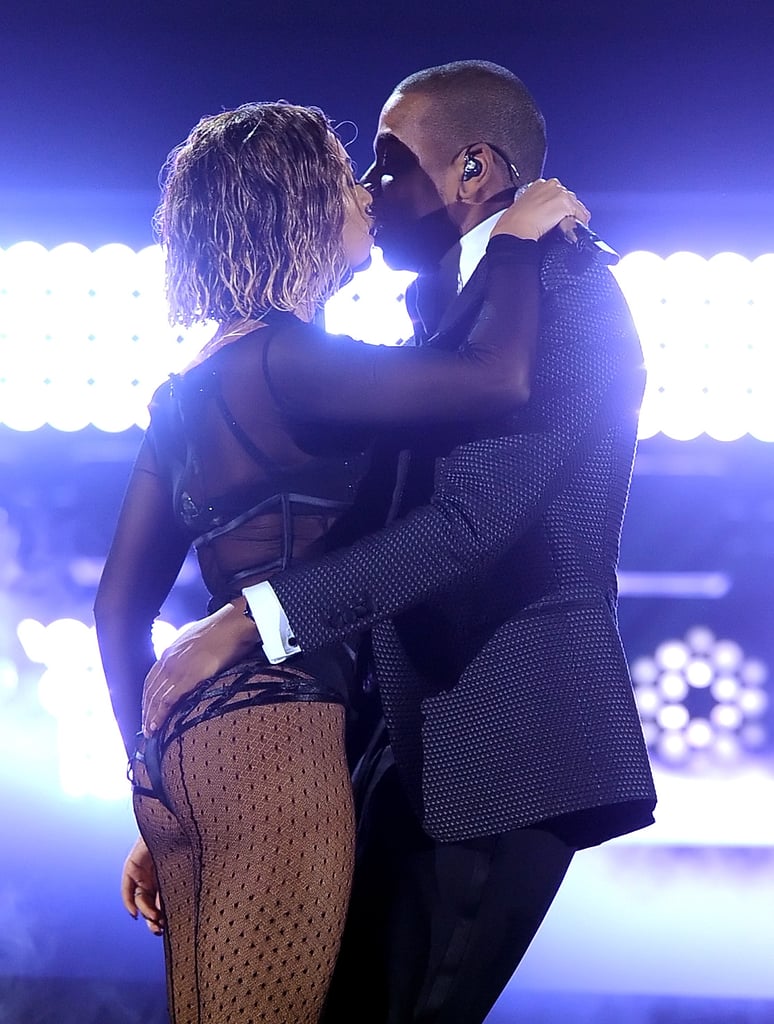 Beyoncé and Jay Z skipped the red carpet at the Grammys in LA on Sunday, but they took the stage to open the show, singing Beyoncé's "Drunk in Love." The performance marked their first award-show stage moment since singing "Crazy in Love" together at the MTV VMAs in 2003 — talk about nostalgia! Jay is also up for six nominations tonight, including best rap performance for his own hit "Tom Ford," as well as best pop performance by a duo, thanks to his collaboration on "Suit & Tie" with Justin Timberlake.

It's already been a whirlwind year for both Jay Z and Beyoncé, as they rang in 2014 with a lavish party in Miami before throwing a birthday bash for their daughter, Blue Ivy, and helping Michelle Obama celebrate her 50th at the White House. They're also continuing on separate world tours — Jay's Magna Carter World Tour runs through the month, while Beyoncé is gearing up to return to the road in February for a string of shows in Europe. Keep reading to see pictures of Beyoncé and Jay Z's big night at the Grammys, and be sure to vote on all our Grammy Awards polls here!

Keke Palmer
So, Does This Mean Keke Palmer and Styn Are Official Official Now?
by Monica Sisavat 3 days ago