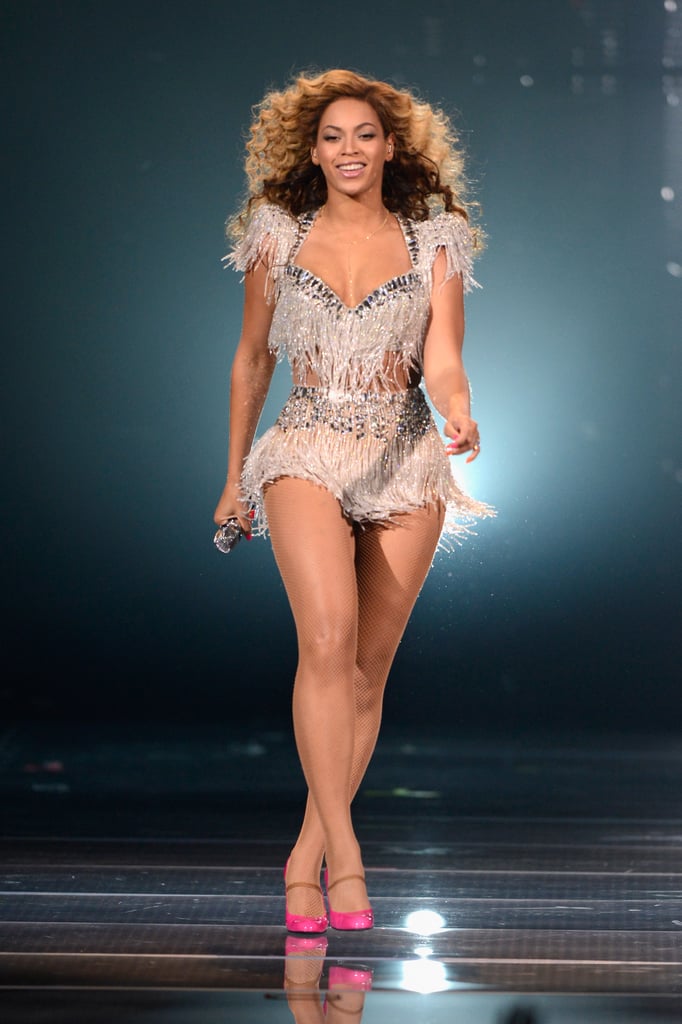 Beyoncé took the stage at the Revel resort and casino in Atlantic City last night, ready to put on a high-energy show for the sold-out crowd of 5,500 fans. In her first major performance since giving birth to daughter Blue, she pulled out all the stops and changed into four jaw-dropping costumes. Ralph & Russo created Beyoncé's couture looks, which are encrusted with more than 500,000 Swarovski crystals, and took into account her high-energy dance routines when coming up with the designs. For her part, Beyoncé delivered a two-hour set of her hottest tracks. From "Run the World," one of her more recent hits, to "Single Ladies" to "Halo," she kept the crowd on their feet all night. Perhaps one of the most surprising moments of the night came at the end of the show when Beyoncé shared new personal photos and film clips, including an image of the singer holding baby Blue in her arms.