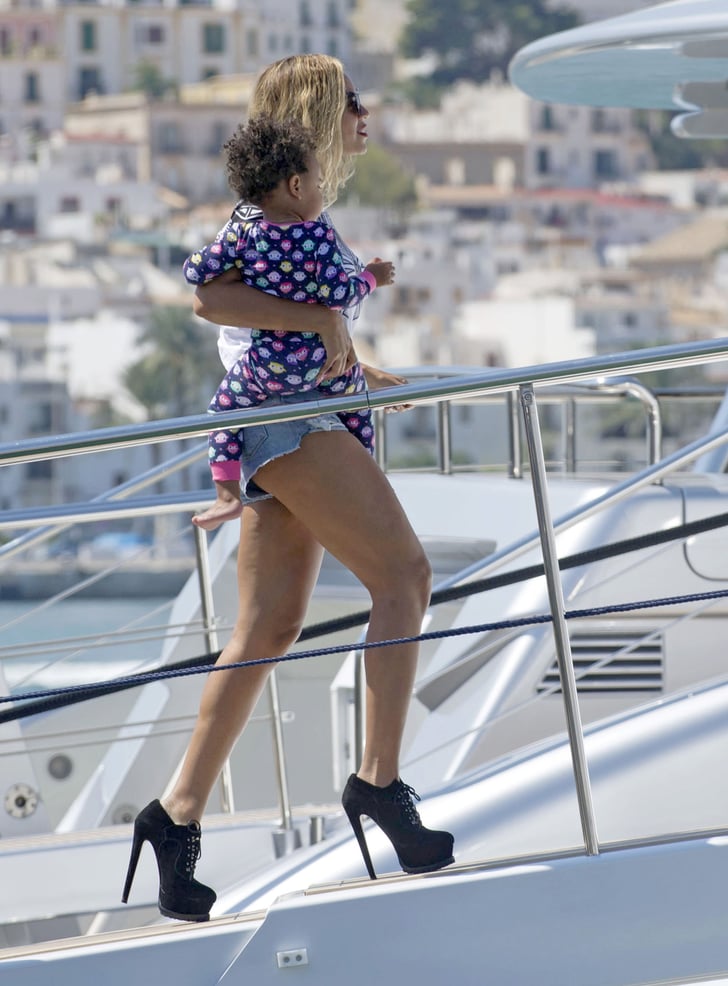 Beyoncé Knowles stepped onto a yacht in Ibiza, Spain, on Monday with her daughter, Blue Ivy. Sporting some tall booties and short denim cutoffs, Beyoncé flashed a wide smile and held on to her little one as they boarded. It looks like the busy mom will enjoy a relaxing holiday after performing in Philadelphia on Saturday to headline Jay Z's Made in America Festival. Her sister Solange also took the stage over the weekend, and she and Jay Z were seen hanging out backstage during the show.

Last week, Beyoncé mixed business with pleasure when she headed to Coney Island to film what looked like a new music video. She hopped on the famous Cyclone roller coaster before busting a move on the beach, filming dance scenes with a huge crowd. Meanwhile, Jay Z released a video of his own when the music video for "Holy Grail" premiered on Facebook on Thursday. See more sweet pictures of the mother-daughter duo below.