AnnaLynne McCord, Jessica Stroup, and Jessica Lowndes raised their ice cream cones as a toast as they filmed some beachy scenes for the second season of 90210 in LA on Thursday. AnnaLynne rocked a shiny pink bikini while the Jessicas stuck with cute one-pieces. Noticeably absent from their Summer celebration was their costar Shenae Grimes, though it's not a big surprise after the falling out Annie had with her classmates on the season finale. 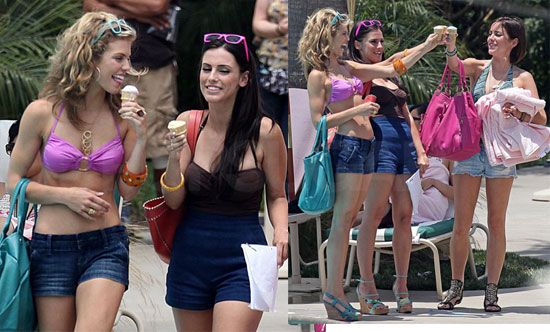 To see more photos of the girls, just read more.