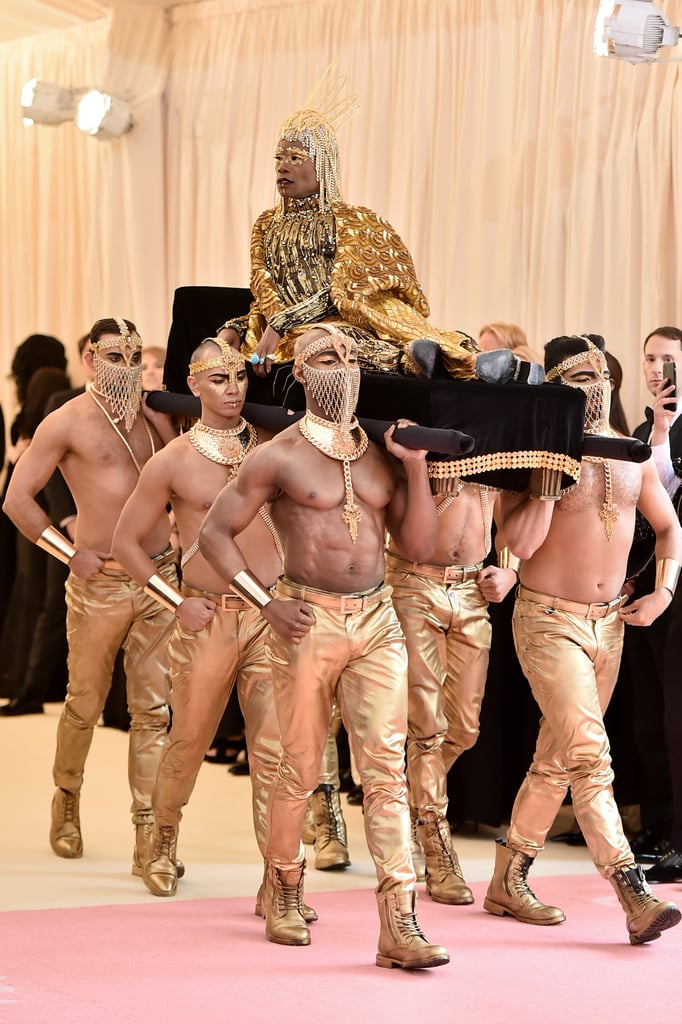 Billy Porter knows how to make an entrance — after all, this is the same man who took the Oscars red carpet by storm earlier this year in a custom-made Christian Siriano tuxedo gown that put everyone else to shame.

But the Pose star and Broadway legend one-upped himself at the Met Gala on Monday as he arrived atop a velvet chaise being carried by. . . [counts on fingers] six handsome shirtless men in gold lamé pants. As one of the first stars on the red carpet for the camp-themed event, it's safe to say that Billy set the bar pretty high; and if that wasn't enough, he completely owned the carpet while showing off his ornate fringe jumpsuit and sequined wings. Keep scrolling to see Billy's insanely glamorous entrance, then check out more of the campy Met Gala looks!

Fashion News
Met Gala 2021: Read About the Vaccination and Mask Requirements and the All-Vegan Menu
by Sarah Wasilak 8 hours ago