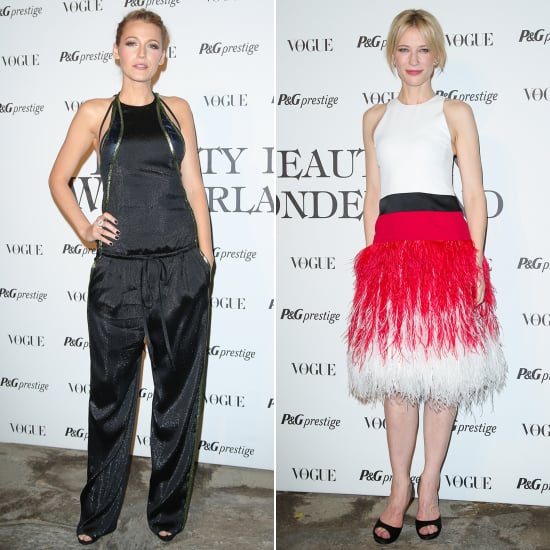 Blake Lively and Cate Blanchett joined up last night to attend the Beauty in Wonderland event during Milan Fashion Week. Both actresses are in town to attend the stylish week in Italy, with Blake attending the Gucci fashion show with Vogue's Anna Wintour on Wednesday. The former Gossip Girl star wore Gucci again for last night's bash, while Cate opted for a feathered look. While attending the beauty-focused event, Cate joked about her upcoming role in Cinderella, which she is set to start filming very soon, saying, "Everyone's saying it's the ugly stepmother, and I say, 'Ugly doesn't come into my contract. It's the wicked stepmother.'" Cate has another big project on the horizon as she is expected to make her directorial debut in the upcoming flick The Dinner. 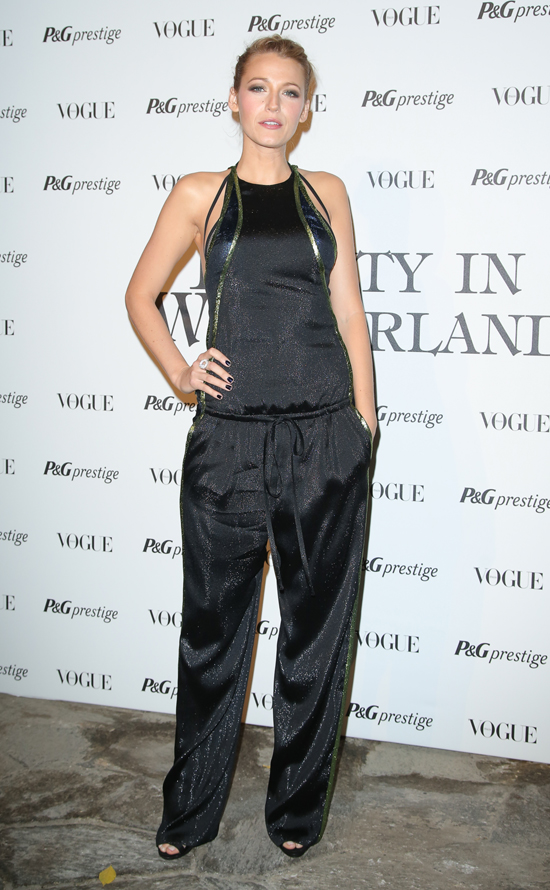 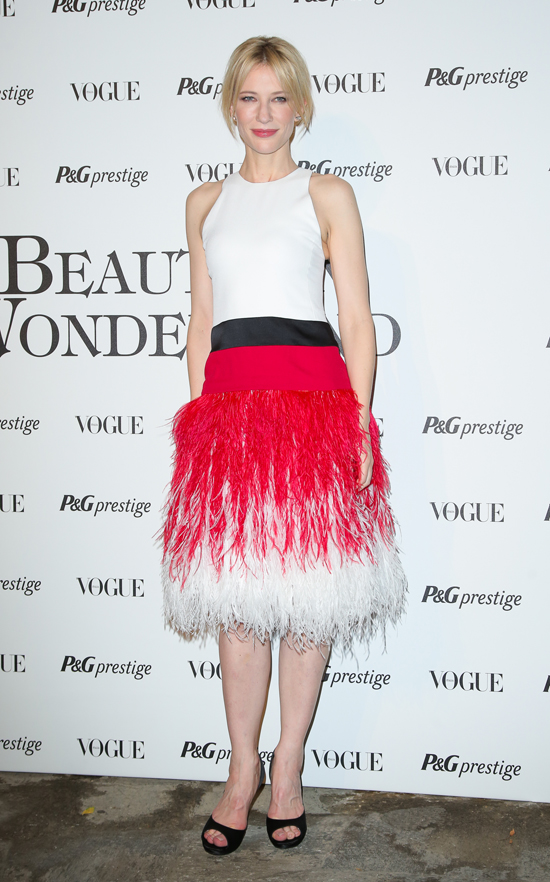