Blake Lively Buddies Up With Anna Wintour For Gucci

Blake Lively popped up at Milan Fashion Week wearing a skintight leather dress to watch as Gucci debuted its Spring '14 collection. She took a front-row seat next to Anna Wintour, and the two shared a laugh before the runway show started. It's no surprise that Blake made the trek to Milan to witness Gucci's new designs since she has served as the face of the brand's Premiere fragrance since last Summer. Today's show was not the first time that her ties to Gucci have brought her overseas — Blake traveled to Shanghai to take on promotional duties for the launch ceremony for the high-luxury brand's fragrance back in June.

Blake is coming off a celebratory occasion of her own, as she and her husband, Ryan Reynolds, marked their one-year wedding anniversary last week. While Blake is clearly one of the most fashionable famous faces in Hollywood, she admitted that she may be the underdog when it comes to style in her relationship for a feature in this month's issue of Lucky magazine. Blake revealed, "I'm very lucky to be with someone who has better taste than me. We influence each other in different ways. With film and TV, you don't see the results for months. Building a home, you get immediate gratification." 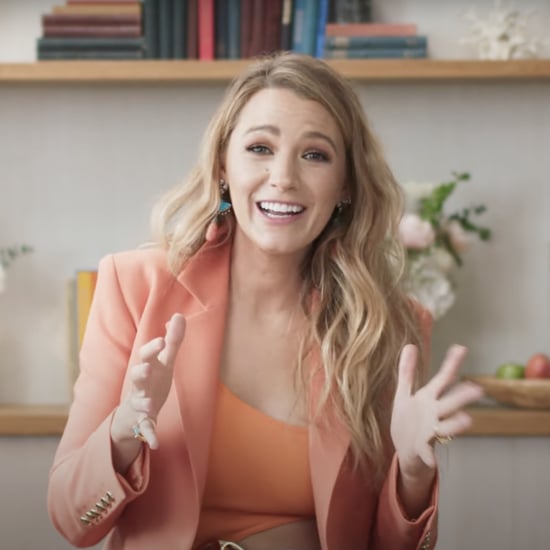 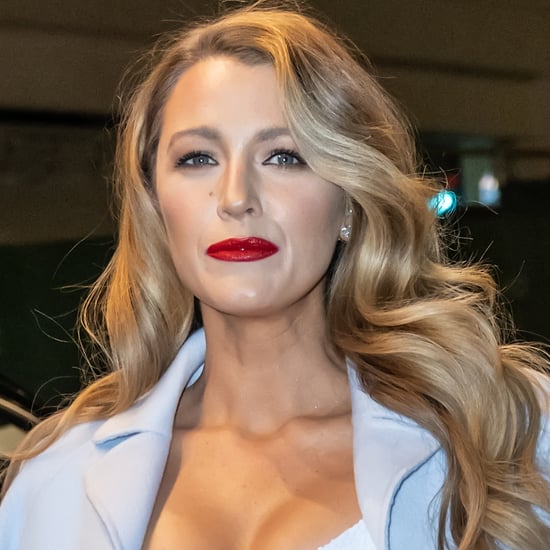 Blake Lively
Blake Lively Wore a Pre-Met Gala Look That Is Half Suit, Half Sequin Gown
by Sarah Wasilak 2 weeks ago 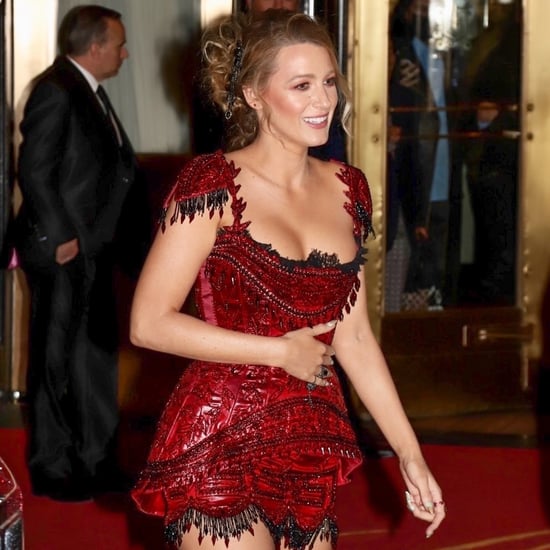 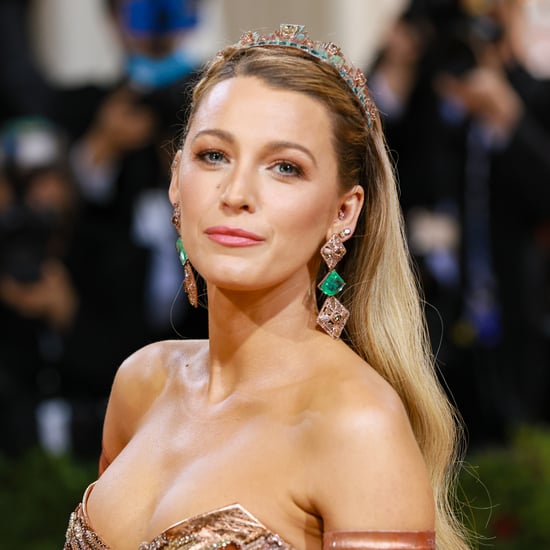