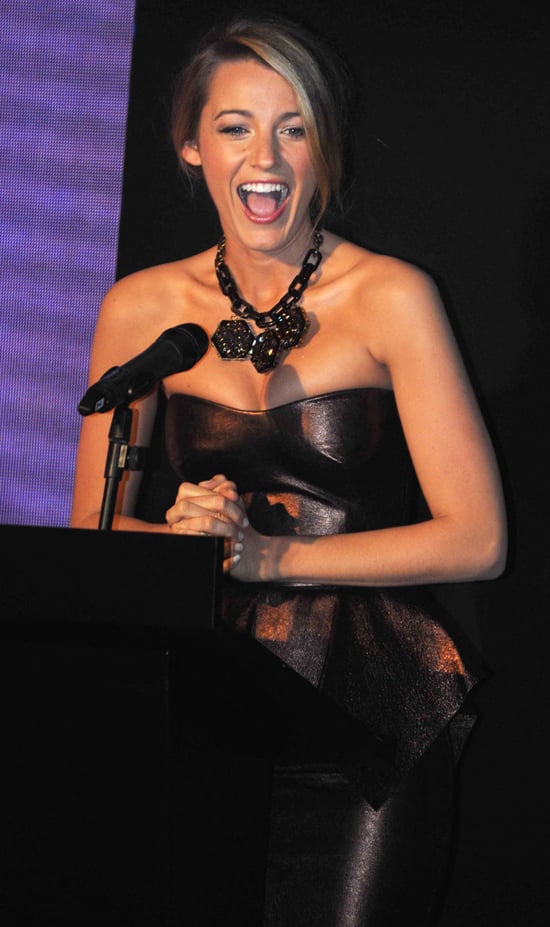 Blake Lively stunned in a tight metallic Gucci dress at the launch ceremony for the Gucci Premiere fragrance in Shanghai last night. After being named the face of the Hollywood glamour-inspired scent last year, Blake has taken on promotional duties for the brand and also starred in a swanky Gucci Premiere commercial last August. The following month, Blake teamed up with Salma Hayek to launch the fragrance in Venice, Italy, where she gave a short speech — as she did last night, as well.

Blake's international tour is a continuation of several stops she has made since arriving in London earlier this month to support Salma's Chime For Change: The Sound of Change Live benefit alongside husband Ryan Reynolds. On Monday, the newlyweds, who tied the knot last September, boarded a private jet in London and headed for Barcelona, where Ryan premiered Turbo on Tuesday. Although Blake did not attend the premiere, she and Ryan did have an intimate date night following the screening. 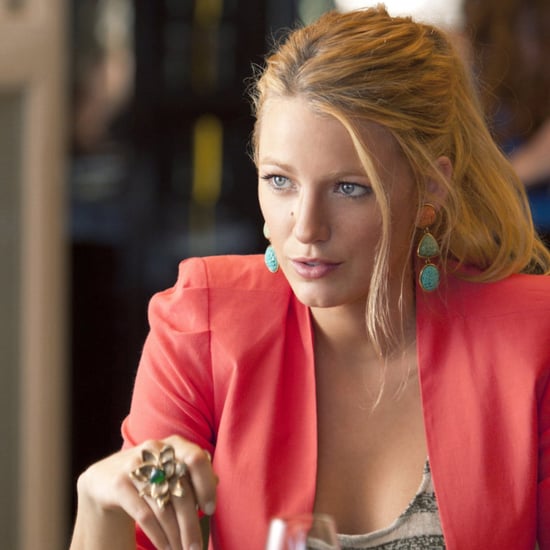