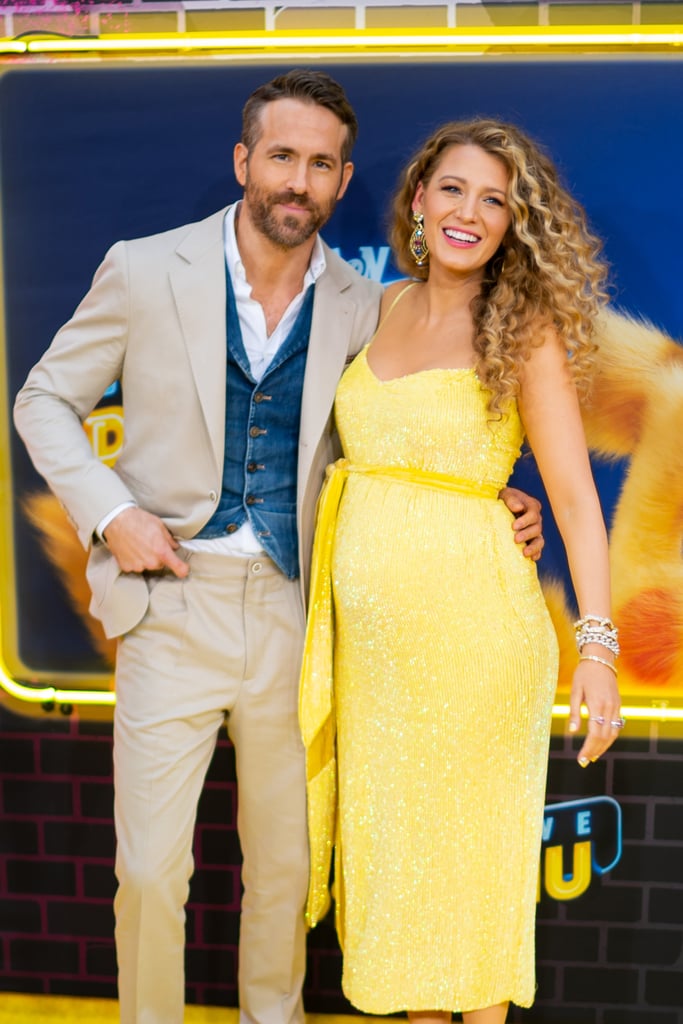 Blake Lively and Ryan Reynolds are about to be parents again! On Thursday, the 31-year-old actress hit the red carpet to support her hubby at the premiere of his new film, Pokémon Detective Pikachu, in NYC, and showed off her growing belly in a curve-hugging yellow dress. The couple tied the knot in 2012 and welcomed daughter James two years later. In September 2016, Blake gave birth to their second daughter, Inez. We last saw both little ones when Ryan was honored with a star on the Hollywood Walk of Fame that same year. Congrats to Ryan and Blake on their growing family!