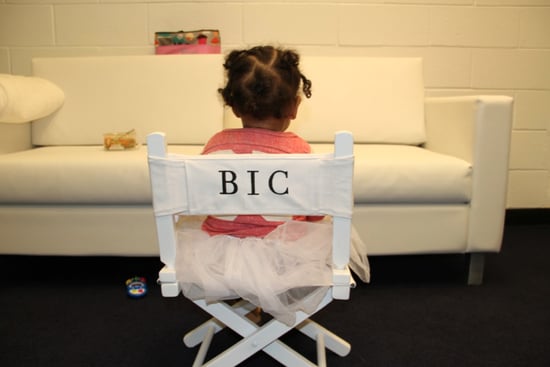 Queen Bey's little princess has her own backstage throne! Today on Tumblr, Beyoncé shared a new photo of daughter Blue Ivy, who is along on the Mrs. Carter Show World Tour. Just like mom, Blue Ivy can rock a wardrobe — check out her tutu! The family photo comes after Jay-Z reportedly denied rumors he and Beyoncé are expecting a second child and a few days after Beyoncé posted and then took down an Instagram message apparently addressing "people who have nothing better to do than talk about me." As we see with this latest photo of Blue Ivy, Beyoncé is one of many celebrities to share with fans on Tumblr, the social network Yahoo just bought for $1.1 billion. Be sure to check out more celebrities you should follow on Tumblr.

Little Kids
It's Story Time! Blue Ivy Carter Will Narrate a Children's Book About Loving Your Natural Hair
by Chanel Vargas 3 weeks ago