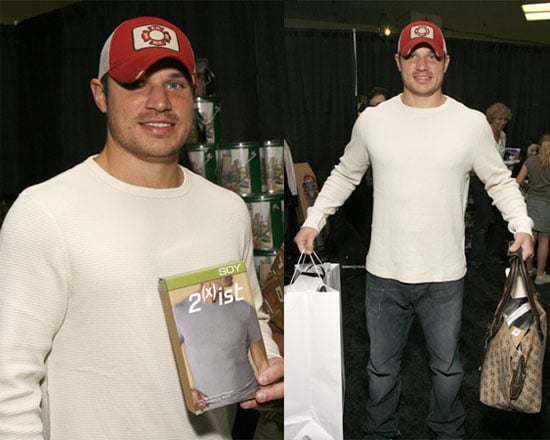 Nick was showing off his free swag at the Jingle Ball gift lounge last week in NYC. Not only was Nick the most popular performer among his female fans at the show, but the guys were totally into him as well. Bruce Springsteen was thrilled to see Nick because his daughter is completely in love with him. Page Six reports: 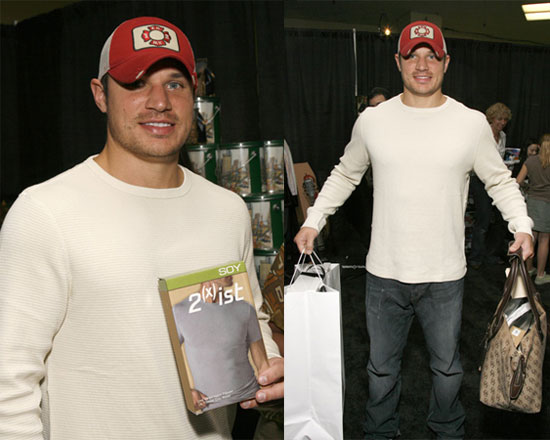 "[Springsteen] ran across the crowd to gush over Nick and hugged him - so he could go home and tell his daughter, Jessica Rae, he 'got action from Nick.' Apparently, she's completely in love with Nick and Bruce wanted to give her an early Christmas gift by relaying the story to her."

Ahh... so cute. More of Nick picking up some treats so read more