Mardi Gras may not start until next week, but you better believe that the partying on Bourbon Street is in full effect (you know, more so than usual, which is saying a lot). Hell, even Brad and Angie can't keep themselves away from the festivities. Well, kind of. This week, the couple shared a meal with friends in the French Quarter, but when it came time to leave, the celebs were swarmed by what I can only assume were a mob of revelers. Oh no! So what did they do? Here's more: 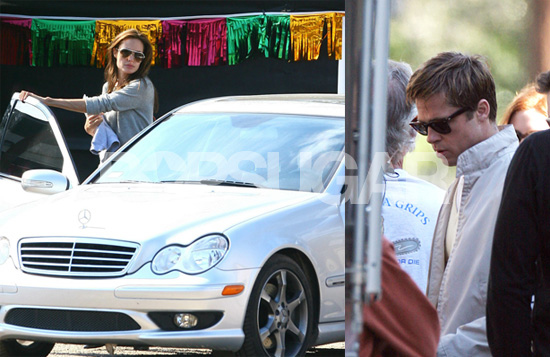 "Brad and Angelina are trying to make friends with regular people in NOLA," says a snitch.

"Bourbon St. was packed that night, and when Brad and Angelina were trying to leave, they kept getting mobbed by all the people."

"One of the bodyguards came upstairs and asked us if they could have some beads and masks so they could get back home without getting noticed."

Angie wanted beads without working for them? That's okay, because even if they were noticed by more Mardi Gras pregamers as they were trying to escape home, the crazy kids just probably thought they were hallucinating...and then were most likely distracted by boob flashing before giving the celebs another thought.