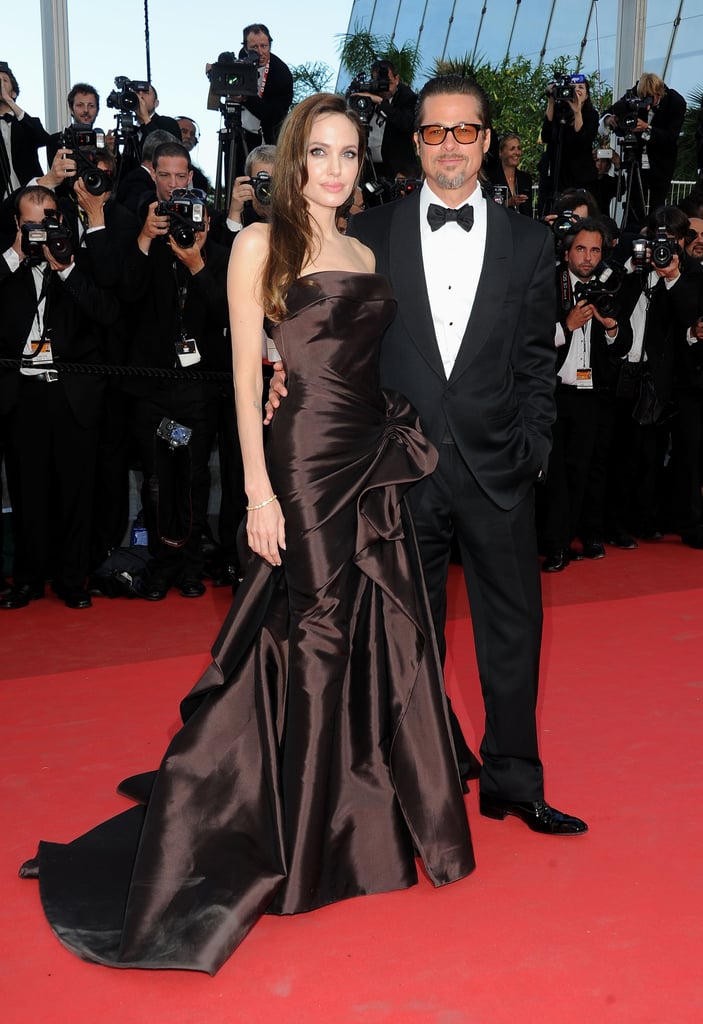 Brad Pitt was decked out in a Tom Ford suit this evening for the premiere of The Tree of Life during the Cannes Film Festival. An Atelier Versace-clad Angelina Jolie was on his arm as they walked the red carpet, making their return as a couple to the glamorous film festival after wowing there in 2008 as she showed off Kung Fu Panda. They also stole the show in 2009, when Brad was there for a screening of Inglourious Basterds. Tonight's event came after Brad was up early this morning in all white for a photo call with his leading lady Jessica Chastain. Press got an early view at the Terrence Malick-directed flick today as well, with many loving the finished product and others actually booing. The jury is out as to whether the epic movie is a winner, but Brad and Angelina seem to be having a great time in the South of France regardless as they enjoy date nights and afternoons at their hotel with their six children.