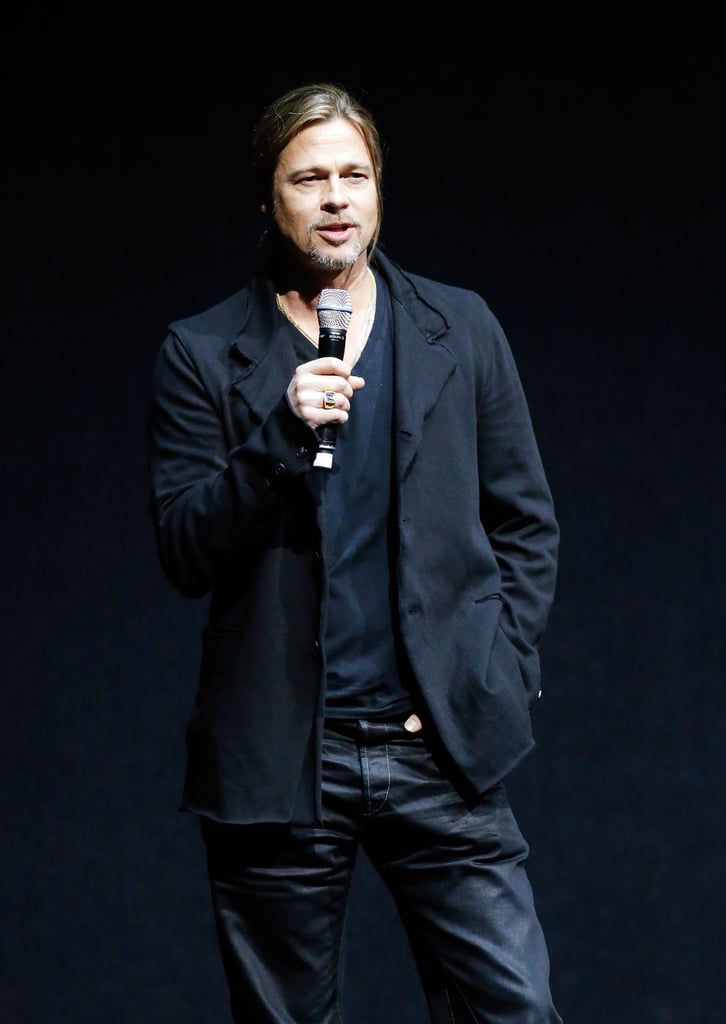 Brad Pitt was on hand for Paramount's presentation at CinemaCon, held at the Colosseum at Caesars Palace, yesterday in Las Vegas. Brad took the stage at the annual event, held for the nation's cinema owners, to promote his upcoming zombie film, World War Z. Addressing the audience, Brad said that he made the movie for his kids. Brad said, "I just wanted to do a film that my boys could see before they were 18. I think you are going to like this as much as my boys will." The jaunt to Nevada came after Brad appeared on Sunday at LA's MTV Movie Awards. He'll likely have more promotional stops in his future, as he and director Marc Forster gear up for World War Z's June 21 release.

Previous Next Start Slideshow
Brad PittCinemaCon
Around The Web