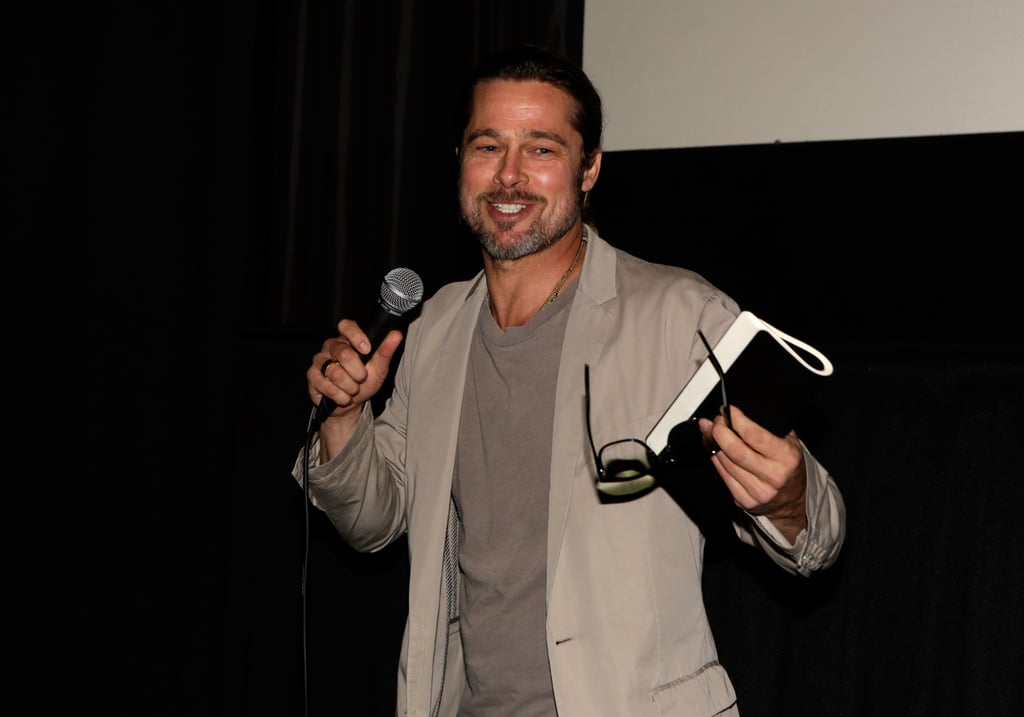 Brad Pitt suited up in neutral tones for an appearance at last night's LA screening of The House I Live In. Brad was fresh off a flight from France, however he was still all smiles to introduce his friend and the film's director, Eugene Jarecki. Pitt, who produced the documentary about the war on drugs, joined Eugene for a Q & A with the audience where they opened up about their personal feelings on the subject. Brad said, "My drug days are long since passed, but it's certainly true that I could probably land in any city, in any state, and get you whatever you wanted. I could find anything you were looking for. Give me 24 hours or so. And yet we still support this charade called the drug war. We have spent a trillion dollars. It's lasted for over 40 years. A lot of people have lost their lives for it. And yet we still talk about it like it's this success."