Brad Pitt is appearing on another cover as he starts promoting Inglourious Basterds including this weekend's Parade. In addition to striking a series of sexy poses, he sat down to chat about his priorities. He spoke a little about his love of family, including his newly 8-year-old son Maddox, and the life he and Angelina have built together. Here's more: 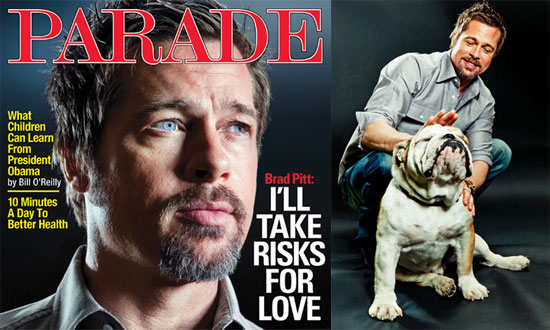 To see more photos, as well as Brads thoughts on time and sex, just read more.