Brad Pitt shook hands and signed autographs for fans as he stepped in for a Moneyball press conference in Toronto this afternoon ahead of this evening's TIFF gala. Inside Brad joined costars Jonah Hill and Phillip Seymour Hoffman as well as their director Bennett Miller. It's also the world premiere of Moneyball, which is already earning Brad Oscar buzz for his portrayal of Oakland As general manager Billy Beane. Brad and Angelina were spotted taking off in a helicopter from London yesterday after she finished taking care of some work business in the city. The two will hit the red carpet side-by-side tonight and it's not their first TIFF together — Angelina was also along for the ride when Brad premiered The Assassination of Jesse James in 2007 and they looked red hot among all the other stars at the Toronto Film Festival through the years. We're in Toronto covering the action, so don't miss any of our updates here and on PopSugar's Twitter and Facebook pages! 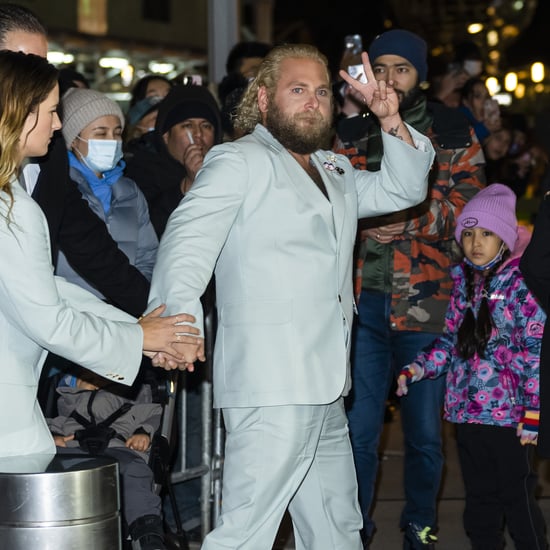