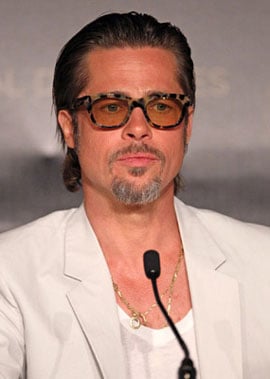 Brad Pitt has had a busy day between his The Tree of Life premiere with Angelina Jolie and his early morning photocall alongside costar Jessica Chastain. In between the events, Brad opened up about the Terrence Malick-directed movie at a press conference. He touched on the film's theme of religious predestination, revealing a bit about his past.

Brad Pitt told reporters, "I got brought up being told things were God's way, and when things didn't work out it was called God's plan. I've got my issues with it. Don't get me started. I found it very stifling." Tackling religion could be a risky thing to do before the world's media, but Brad fans rarely get to hear him speak about his childhood. So, tell us — do you think Brad's comments are interesting or off topic?