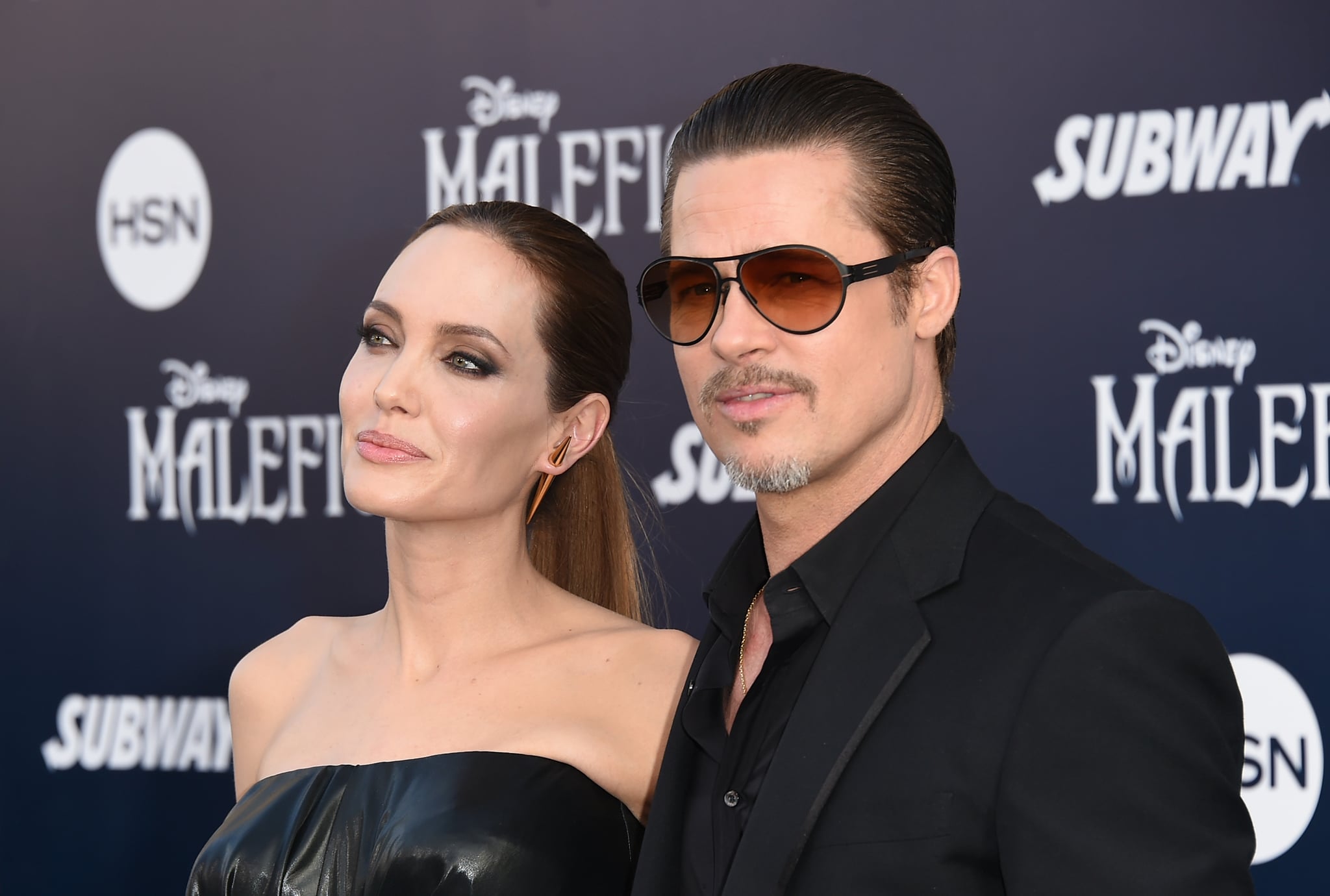 Brad Pitt has issued an official statement to People regarding the red carpet attack that took place at the Maleficent premiere in LA last week. Notorious Hollywood prankster Vitalii Sediuk reportedly attempted to punch Brad as he posed for photos with fans, and the actor retaliated by hitting Vitali over the head. Brad spoke out about the scuffle on Monday, saying:

"I was at the end of the line signing autographs, when out the corner of my eye I saw someone stage-diving over the barrier at me. I took a step back; this guy had latched onto my lapels. I looked down and the nutter was trying to bury his face in my crotch, so I cracked him twice in the back of the head — not too hard — but enough to get his attention, because he did let go. I think he was then just grabbing for a hand hold because the guys were on him, and he reached up and caught my glasses. I don't mind an exhibitionist, but if this guy keeps it up he's going to spoil it for the fans who have waited up all night for an autograph or a selfie, because it will make people more wary to approach a crowd. And he should know, if he tries to look up a woman's dress again, he's going to get stomped."

Vitalii recently violated America Ferrera at the Cannes Film Festival when he crawled up her gown as she posed on the festival's famous red carpet. Earlier this year, the former Ukrainian journalist also hugged both Leonardo DiCaprio and Bradley Cooper's crotches at award shows. After the incident with Brad last week, a Los Angeles County judge banned Vitalii from the red carpet, ordering him to stay 500 yards away from Hollywood events. He pleaded no contest to one count each of battery and disturbing the peace, and the judge sentenced him to a "$200 fine, 20 days of community labor, and 36 months of summary probation" and ordered psychiatric counseling.