Brad Pitt sat among a group of cheering fans for an interview with Good Morning America's George Stephanopoulos this morning in NYC. Brad's promoting his new flick, World War Z, in the Big Apple ahead of its release in the US on Friday. He popped up on GMA this morning after making dozens of stops around the world for the zombie apocalypse film, most recently in South Korea and Australia, where his son Pax accompanied him on his travels. He'll be on the go again soon with his next World War Z appearance taking him back overseas to Russia.

Brad's fiancée, Angelina Jolie, has also shown her support for his latest film, joining him for the UK premiere earlier this month, where she made her first red carpet appearance since her double mastectomy news. She also celebrated her birthday in Berlin accompanied by all of their children during his promotional trail earlier this month. Along with chatting up the film, Brad spoke about Angelina during his interview this morning, explaining his heart-felt admiration for her and her decision to undergo the preventative surgeries. He said, "She's doing great. When she wrote her piece, we had already come out the other end and we're feeling really good about it. We're really surprised and moved by how many people are dealing with the same issue, or wondering about the same issue. Her idea was that if someone could learn from her story, then she would love to share that. But it's just been a beautiful thing to watch, and her focus now is that all people have access to the testing and know what they can do about it. And she has certainly shown if you do your research and make your decision, what's best for you, it doesn't have to be a scary thing." 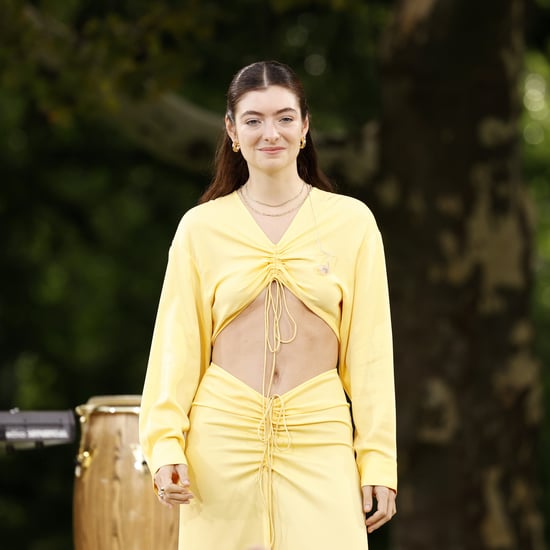