Hot Hollywood stars Brad Pitt and Zac Efron have been heating up the red carpet at the Cannes Film Festival in France all week. The guys aren't just going head-to-head in the South of France though, since they're also facing off right here in our PopSugar 100. Should Brad reign victorious like past winners, Johnny Depp and Rob Pattinson, or will this year go to Zac? Don't forget there's also a chance to win $2,500 just by logging in and casting your votes in the 2012 PopSugar 100 — vote now! 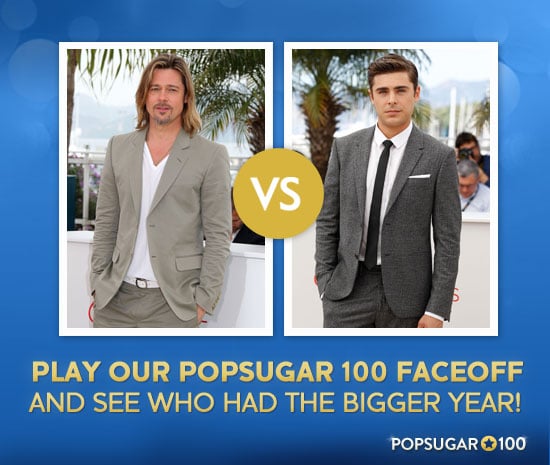