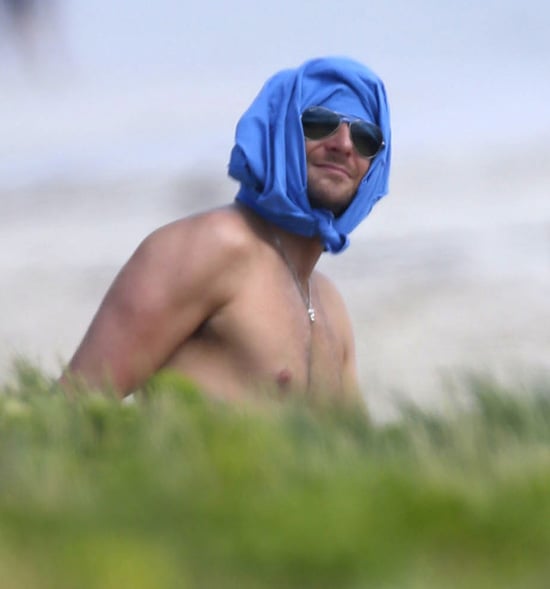 Bradley Cooper sported a unique form of sun protection when he hit the beach in Hawaii on Saturday for a little alone time. The actor wrapped a blue shirt on his head while he laid out on the sand, perhaps to protect his face from the sun's rays. Bradley is in Hawaii while his girlfriend, Suki Waterhouse, is living it up in her native England for London Fashion Week. Suki hit up a W magazine party with pals Cara Delevingne and Georgia May Jagger over the weekend, where she debuted a new, shorter hairstyle. Despite Bradley's solo time in Hawaii, he had Suki by his side when they visited the Aloha State together in July. It is believed that Bradley is spending time out in the Pacific as he prepares for his new project with Cameron Crowe, which is rumored to be called Deep Tiki. 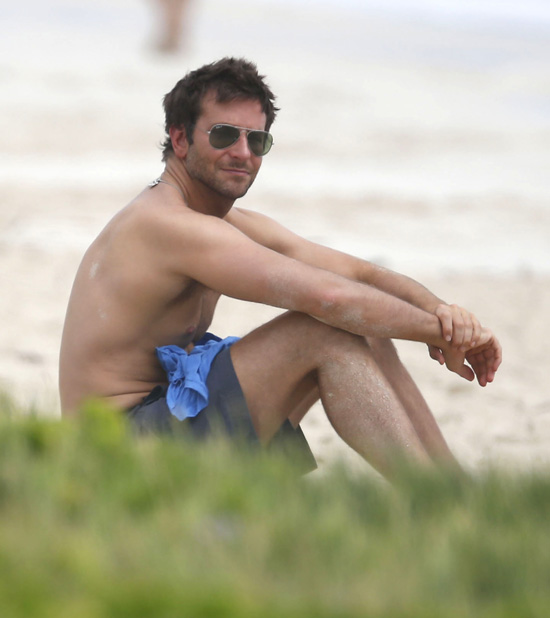 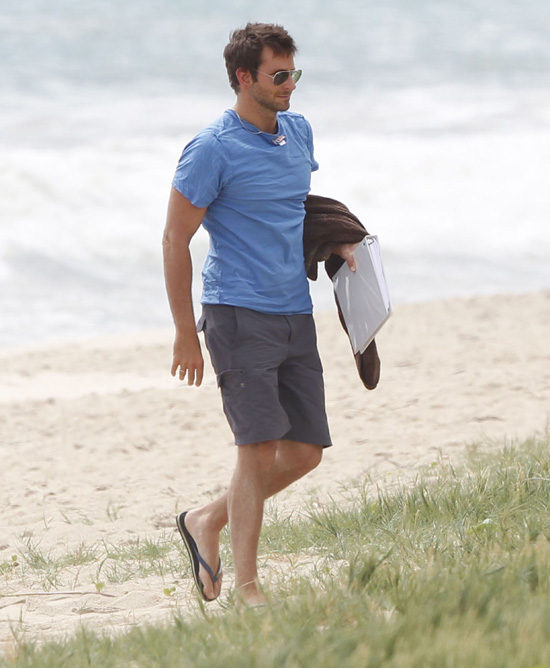