Britney Spears brought her tour to Los Angeles this weekend and took advantage of the moment to get back into her routine running errands in Calabasas. According to Brit's manager, celebrities who came out to see the concert included Victoria Beckham, Lindsay Lohan, Jaime Pressly and more. Nicole Richie and Ashlee Simpson also made it out for the Friday show after Nicole spent the day twittering her excitement. Meanwhile, the woman who was arrested for peeking into Britney's house last week is now claiming she is not obsessive and was just doing research for a paparazzi-like documentary. 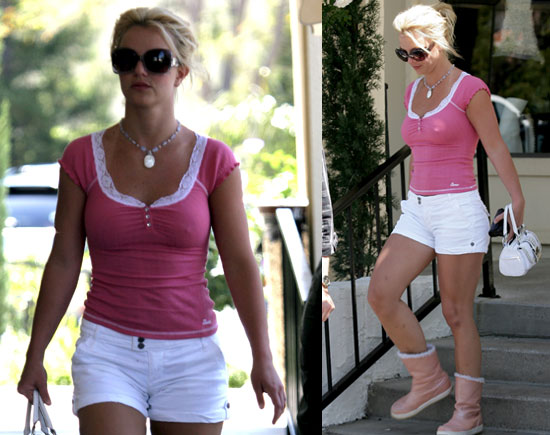