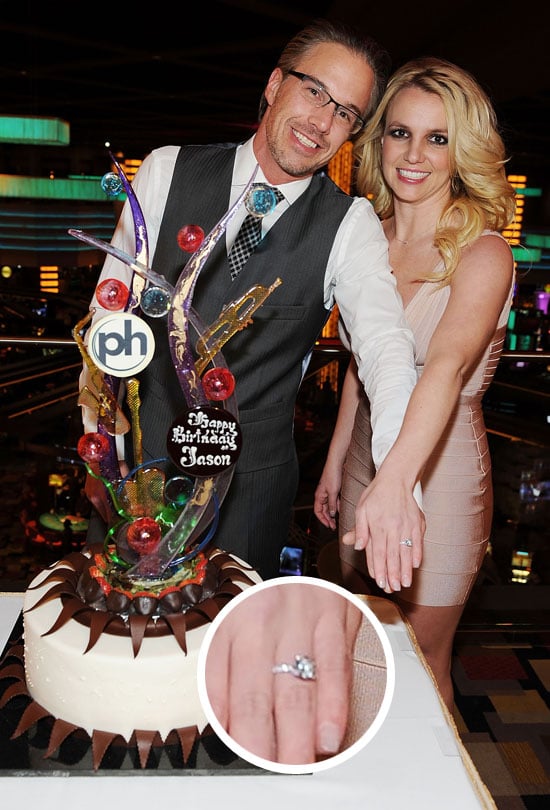 Britney Spears stepped out of a Las Vegas hotel tonight wearing her beautiful Neil Lane engagement ring. The newly engaged star and her fiancé, Jason Trawick, are in Sin City to celebrate his 40th birthday. Britney and Jason arrived on a private jet earlier in the evening, though she managed to keep her custom-designed sparkler concealed under a pair of gloves.

Upon their arrival, Britney and Jason slipped out of their travel gear and a few hours later were spotted modeling festive attire and bright smiles. Britney and Jason dined at the Sugar Factory American Brasserie then made their way to Planet Hollywood's roof top club where Britney showed off her ring and Jason cut into a birthday cake. Her rep confirmed the engagement reports, and Britney updated her Facebook relationship status to "engaged."