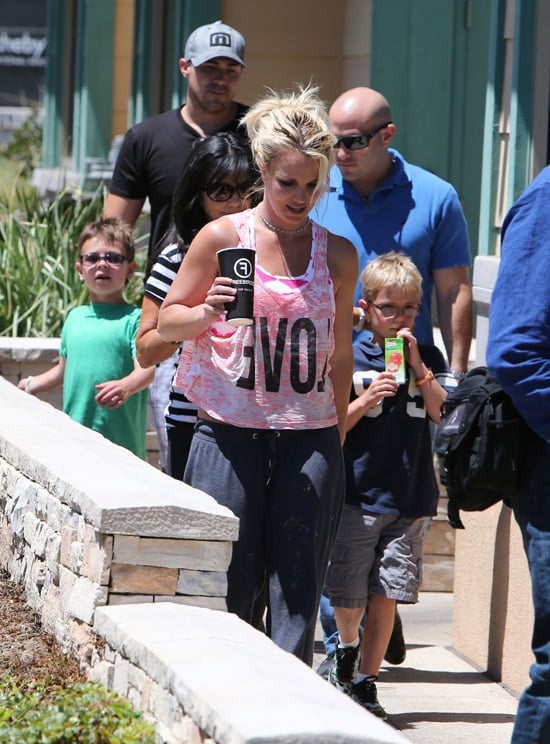 Britney Spears had a big lunch date with her two sons, boyfriend, and mom in Thousand Oaks, CA, today. This is the first time that we've seen Britney hanging out in public with both her boyfriend, David Lucano, and her sons, Sean and Jayden. Typically, the singer will divide her time between David, whom she's been dating since February, and her little ones, but this could be a sign that things are getting more serious between Britney and David.

Britney has been spending quite a bit of time with her two sons. Last month, she brought Sean and Jayden with her to the premiere of Smurfs 2 in LA, where the boys posed for photos on the blue carpet alongside their celebrity mama. The two tots also had a starring role in Britney's music video for "Oh La La," the new single that she released for the Smurf flick. 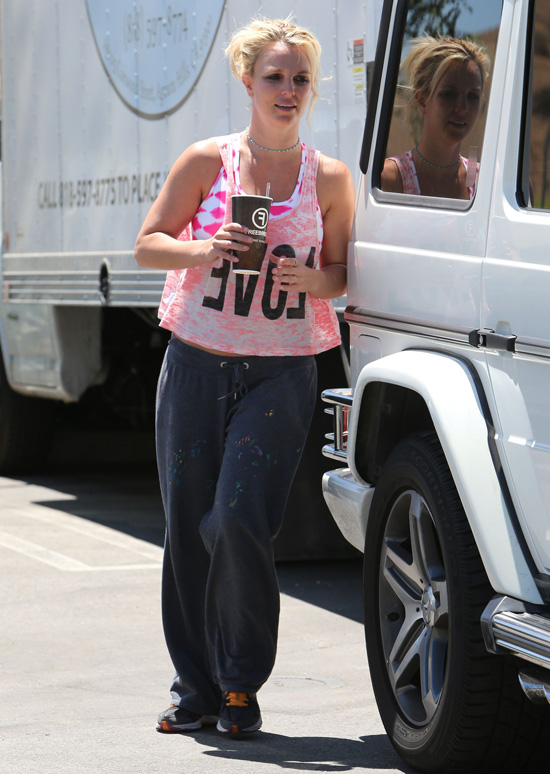