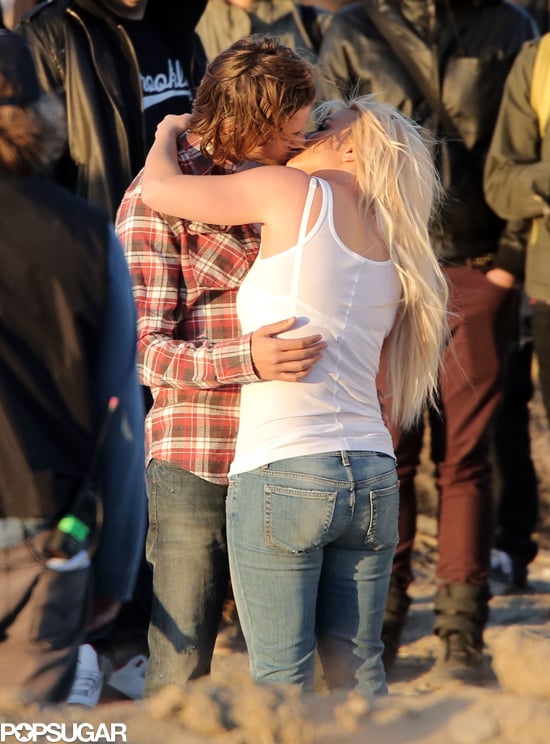 Britney Spears is getting back to what she knows — kissing super hot men in music videos. The singer started work on her "Perfume" music video in LA on Tuesday and filmed a scene that involved her making out with a handsome, shaggy-haired man. After filming her PDA scene, Britney exchanged a high five with her costar. She is already getting excited about the new video, tweeting, "So stoked to be working with [director] Joseph Kahn again. We've had lot of success together and there's nobody I trust more with this super personal song." Britney and Joseph have previously worked together on music videos for her songs "Toxic" and "Womanizer." 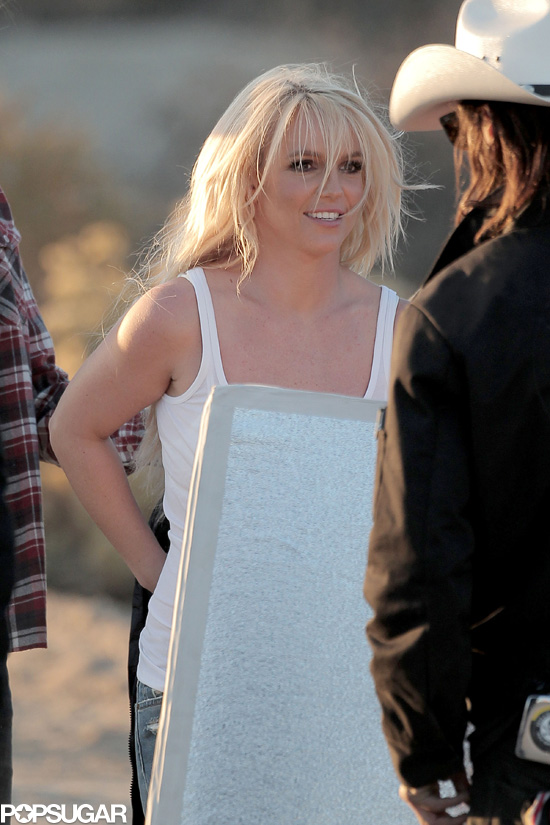 Britney has been open about how "Perfume" is based on her breakup from her former fiancé, Justin Trawick. "I think this song will make girls not feel alone in this situation," Britney said while discussing the song. "When they're alone in their room, and they broke up with their boyfriend, they have a song they can go to and listen to, just makes them feel better about themselves." 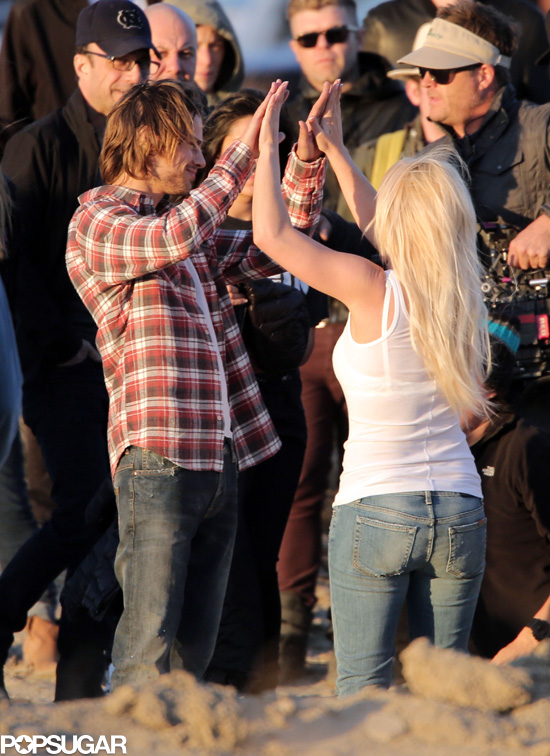 Music
A TikTok User Made a Harry Styles x Britney Spears Song Mashup, and It's a Freakin' Bop
by Chanel Vargas 2 days ago