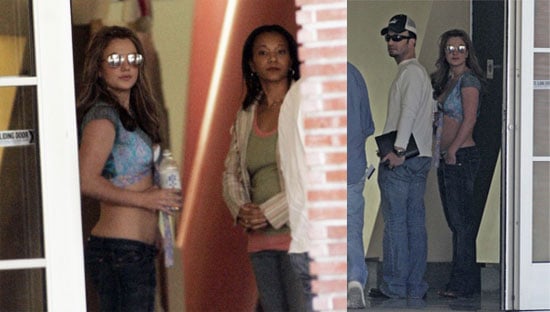 Britney may have turned a corner by getting back to work at a studio in Burbank. She even assured us all on her website that she was well aware that her fans were worried about her scandalous behavior. She then stopped going out with Paris every night so we thought she was turning over a new leaf. We had hope. 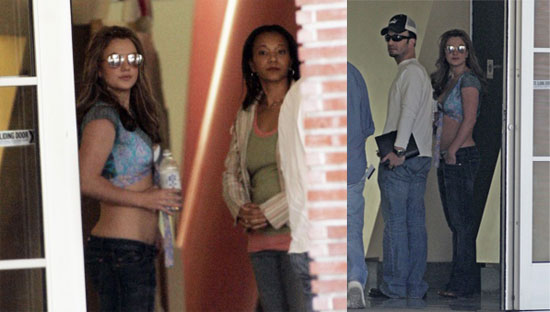 However, it didn't last long. Britney may have covered her privates, but she is still wearing practically nothing and apparently she just can't stop taking off her clothes. Here's more:

While the pop tart did manage to keep her private parts hidden from the cameras, she stripped down to her bra and miniskirt at a burlesque show late Thursday night. Spears, who has been told repeatedly to stay away from party girl Paris Hilton, stopped by L.A. nightclub Forty Deuce with friends for the club's "Jelly Night" - and wanted to get in on the action. The recently single mother of two celebrated her "newfound freedom" by drinking a martini. She was also seen smoking and dancing. A rep for Spears had no comment.

Why does Britney like taking off her clothes so much? It's just so...weird, really. Someone needs to tell her that midriff baring tops are out. C'mon Britney, you are making it so hard. For lots more pics of Britney showing more than you want to see just read more