Whether you're working today or enjoying your long weekend, it's the perfect time to catch up on some funny tweets. This week in the quippiest tweets from our favorite funny ladies, Busy Philipps proved that even baby photos deserve a great caption, while Rebel Wilson scrutinized the process of "catfishing." Meanwhile, Chrissy Teigen revealed what we're all thinking about firework photos and videos, and Kelly Oxford epitomized human laziness. Check out the rest of our funnylady tweets of the week below! 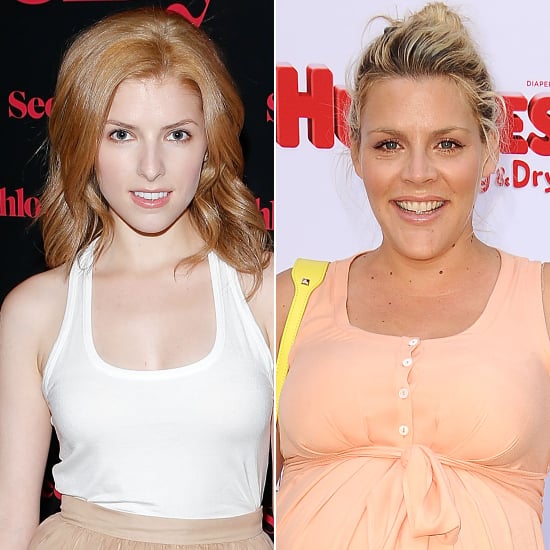 Do I detect a hint of sarcasm here?

Guys I won't be able to see the fireworks from where I am today. Can someone please post them to Instagram for me? #ItWillBeLikeIWasThere

Check the rest of our favorite funnylady tweets when you read on!


Lena's right. Robin Hood was not fly at all.

File this under "things that keep me up at night."

Prob a dumb question but should you pee w force or is it healthier to just kind of let it happen? Thx

Are you sure, Kat Dennings? Isn't eating chocolate always a good time?

What does one wear to a @Beyonce concert? A Freakum dress? Fendi shoes? VVS stones? Her songs are TOO instructional! Help

We've been waiting for this moment to happen.

Fireworks are cool because I could youtube a video of them and be just as bored as I would be in real life!

Guys, I think Bette Midler just passed out midtweet. Does someone want to go check on her?

My last show was yesterday. I’ve never been so exhausted in my entire life. I don’t even have the strength to finish this t

Best way to look not lonely while out to dinner alone: pretend you're texting 10 different people.

I just sat down to eat dinner and the waiter told another waiter "it's just her" ......more like just her-tful

Sometimes I worry that Avril Lavigne isn't edgy enough but then I remember that she wore a *BLACK* wedding dress when she got married...?!?

I got allergies for the first time this year. It's cool, you feel sick but you're NOT. Mind over snotty matter.

Pretty sure Kelly Oxford should be the spokeswoman for all of humanity.

"Hmmm, what's the easiest way to do this?" - Me, about everything, all the time.

But Jenny, everyone still knows all the words to "Mambo No. 5."

i still know all the words to Mambo No. 5, that's what's wrong with me.

With Rebel's method, you know you're going to find someone with a big heart.

Why don't really hot people catfish others and pretend to be two-toothed emotionally disabled people online?

Anna Kendrick
Breaking Down the Long Saga of Pitch Perfect 4 Rumors — Will It Ever Happen?!
by Corinne Sullivan 9/03

Anna Kendrick
Basically Every Picture of the Pitch Perfect Cast Together IRL, Because They're Aca-dorable
by Corinne Sullivan 9/01