Lindsay is selling her West Hollywood condo. Are you confused because you thought she lived at the Chateau Marmont? Well, it turns out LL never even moved in to her fabulous crib. She bought the place in 2005, but real estate agents are betting it was just an investment. People reports: 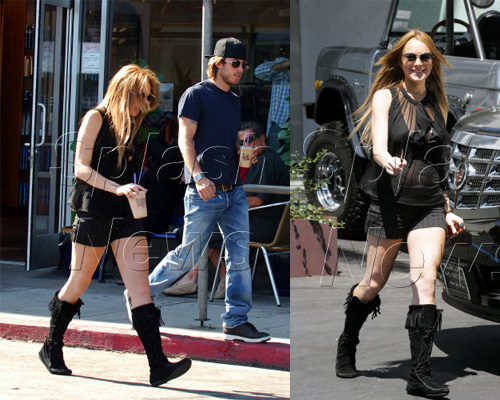 Sometimes fast-moving Lindsay Lohan doesn't even leave footprints: That's the case with the actress's West Hollywood condo, which she's put on the market for $2.85 million, PEOPLE reports in its new issue.

LL wrapped Georgia Rule this week so now she can party as much as she wants! More pics of her and her man so read more