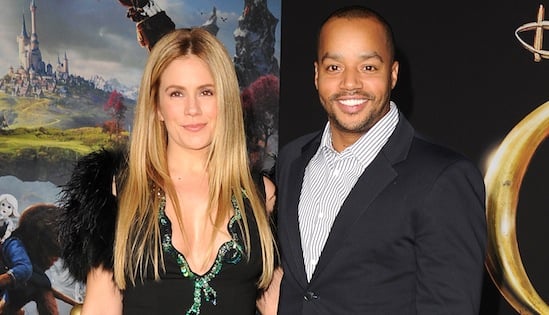 Update: CaCee Cobb and Donald Faison have named their son Rocco, according to Us magazine.

CaCee and husband Donald welcomed their son on Aug. 15. Donald took to Twitter to share the news one day after the birth, writing, "Yesterday @caceecobb and I welcomed the most amazing little boy into our lives! Oh Happy Day!!"

CaCee and Donald tied the knot in December 2012, and CaCee announced her pregnancy via social media the following month by giving a shout-out to her husband, who is a noted fan of the Star Wars franchise. She shared a photo of a tiny onesie on Instagram and told followers that she and Donald were "going to have a little Stormtrooper." CaCee and Donald's little boy will likely become good pals with her best friend Jessica Simpson's son, Ace Knute Johnson, who was born at the end of June. Congrats to CaCee and Donald!

Schitt's Creek
Who Is Emily Hampshire Dating? Her Relationship History Includes a Marriage
by Corinne Sullivan 11 hours ago