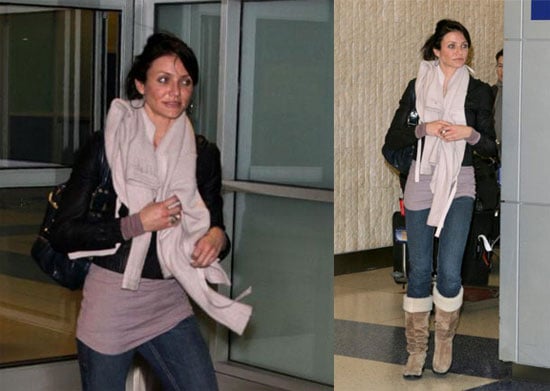 Cameron is back in the states after promoting The Holiday in London last week. The film came in at number 3 this weekend at the box office with almost $13 million in sales. It was up against Mel Gibson's Apocalypto and those super cute computer generated penguins. Cameron has been known to feud with the paparazzi but it looks like she is coming to terms with how to deal with them. She says: 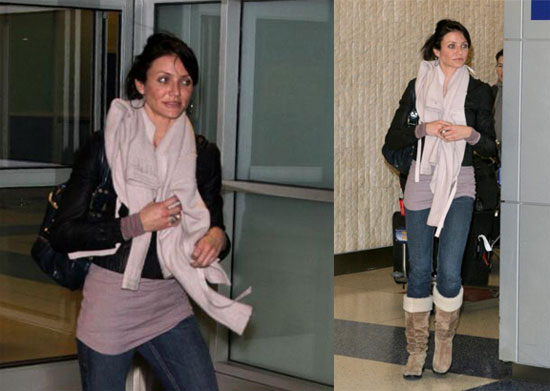 There was a period of time where the paparazzi were really, really aggressive 24 hours a day and we couldn’t live our lives—literally could not go anywhere without being attacked my 20 people. Even though we’re celebrities, we’re still human. We have a right to be protected as well. The funny thing is that all of our kicking and screaming somehow has actually worked, so I don’t give a shit. Because they have backed off. They’ve pretty much vowed not to print any picture of me other than a terrible one. So now I just smile and wave at them, and you never see pictures of me anymore, because they only want to sell the photos where I look haggard. [Laughs] They really do hate me. But as long as they stay away from me, they can hate me all they want.

Yikes - sounds like she still has issues. Can't really blame her but there is no escaping the paparazzi when you are an actress who also happens to be dating JT. For more pics of Cameron just read more

Angelina Jolie
Yes, Shiloh Jolie-Pitt Wore Sneakers on the Red Carpet — But Not Just Any Sneakers
by Sarah Wasilak 2 hours ago

Celebrity Hair
From Loose Waves to Tight Braids, The Last Duel Is Filled With Tiny Beauty Details That Tell a Larger Story
by Samantha Sasso 2 hours ago