Cameron Calls Herself A Spoiled Brat

Cammie, who usually avoids talking to the press especially about her private life, opened up recently while promoting her new film The Holiday in LA. When asked the taboo question "When are you going to have a baby?" she was very gracious and forthcoming with her answer. She said, "I think everybody wants at some point to have that responsibility and involvement. But not at the moment." That wasn't all. Here's more highlights: 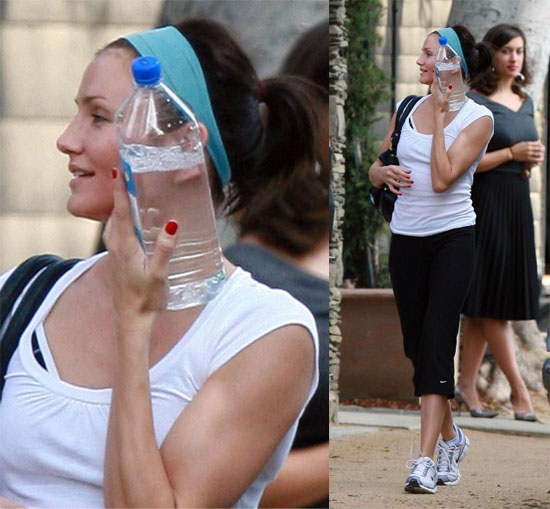 It's hard to believe she's really a spoiled brat after learning she's helping families in need this Christmas. That seems like quite a commitment right there! For more pics of Cammie back to her old tricks hiding behind her water bottle (maybe she doesn't realize plastic is translucent) just read more