They may not have been on SNL this weekend, but Cameron Diaz and Casey Affleck were among the celebrities who came to the after party late Saturday night. Casey went with a layered look while Cameron looked effortlessly fabulous as usual. Amy Poehler also stepped out to celebrate after starring in the show and delivering her final farewell during Weekend Update, which you can watch below. Apparently NY Governor Paterson wasn't amused by his portrayal in the sketch, but mostly it was sweet to hear her heartfelt goodbye. Of course this won't be the last we hear from Amy who is one of your new favorite celebrity parents of 2008. I'm sure there were more than a few goodbye toasts at the after party and we certainly wish Amy congrats as she moves onto her new projects and raising Archie. 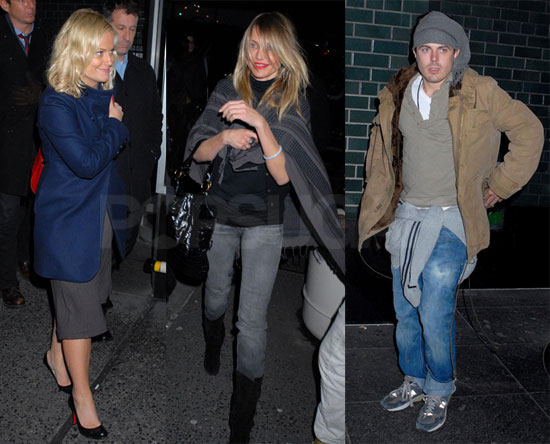 To see more from the party as well as Amy Poehler's goodbye just read more.