Cameron Diaz and Kelly Slater may claim to be just friends, but that doesn't mean she's unaware of what he's packing. (Seriously guys, they, like, surf together and change wetsuits and stuff so she has, like, totally just seen it by chance. Ooooor something.) Here's more: 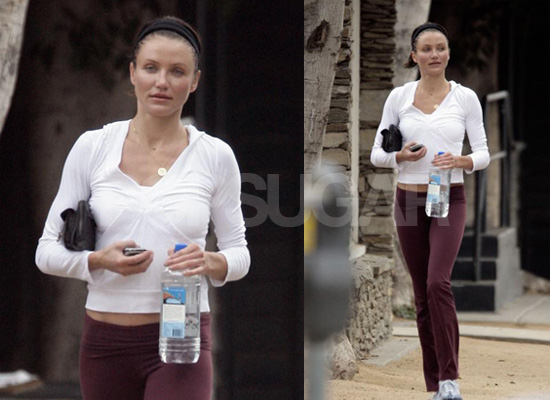 Cameron Diaz was at Cut in the Beverly Wilshire Hotel Monday night, "with a girlfriend and drinking wine for more than three hours," says an L.A. spy. The friend then asked a pointed question about her new beau, surf champ Kelly Slater. "Cam grabbed a breadstick to demonstrate. She was in great spirits and kept twirling her hair," says the witness. The breadstick was 9 inches long, if you were wondering.

This is why I love Cammie so much -- at the end of the day, she's basically going to revert to shameless Clueless references to describe her new guy while out at dinner drinking wine with her friends. I hope she doesn't only do this sporadically.