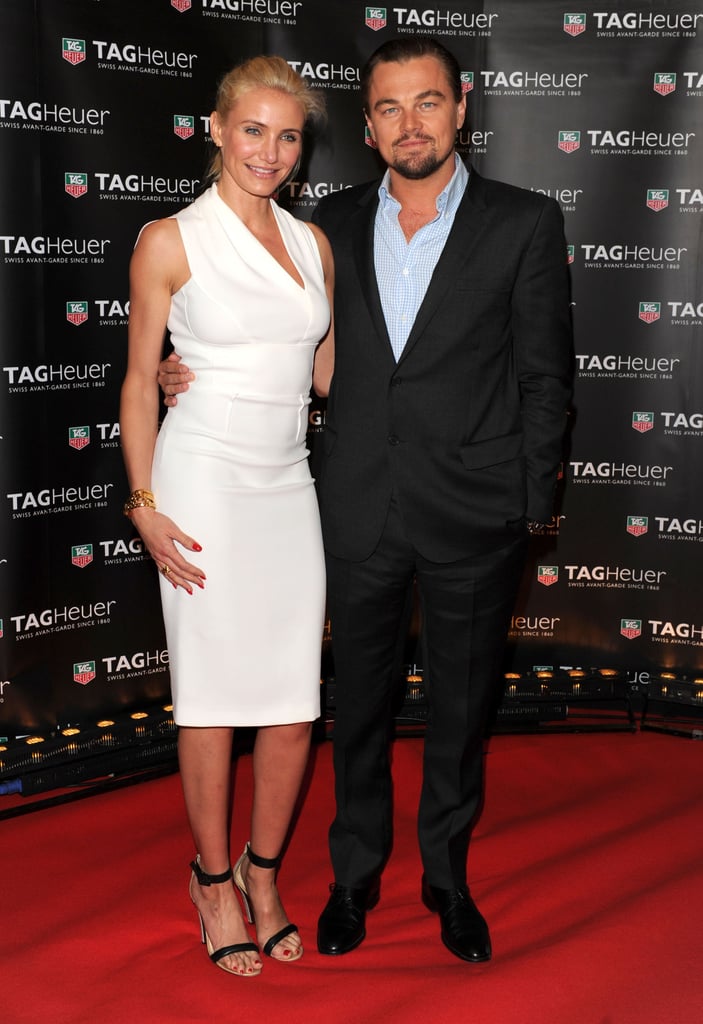 Cameron Diaz arrived in the South of France today, just as the Cannes Film Festival prepares to wrap up the festivities this weekend. She flew out to France while taking a short break from filming The Other Woman in NYC. Cameron shot scenes with Nicki Minaj earlier this week, and her costar Leslie Mann was spotted on set yesterday.

Cameron had a chance to meet up with her old friend Leonardo DiCaprio, who has been taking part in Cannes nightlife after doing press for The Great Gatsby at the festival last week. Cameron and Leo hit the red carpet today for a Tag Heuer yacht party, and they are hardly the only stars visiting the festival — check out all the celebrities at the Cannes Film Festival before the party ends on Sunday.