Cameron Diaz and Alex Rodriguez continued their steamy Mexico Thanksgiving getaway with an outdoor shower together on Saturday. They took turns hosing each other off after a swim in the ocean. She was sporting a very skimpy black bikini, which accentuated her super-toned abs, for the romantic dip, while his Yankee physique doesn't look to be suffering in the off season. The twosome kicked off their vacation with a skin-filled yachting trip on Tuesday, confirming that they are going strong after a rumored split. The actress and slugger's relationship is apparently an off and on adventure, though for the time being the sexy stars are enjoying each other's company and kicking off the holiday season south of the border. 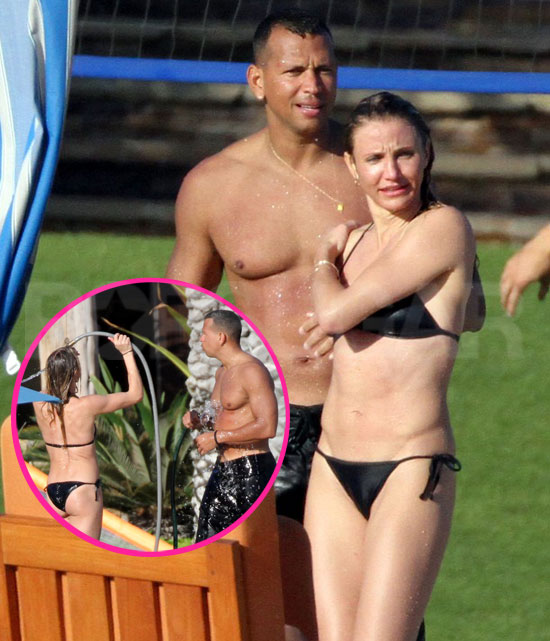 Simone Biles
Simone Biles's Matching Set Is Beautifully Trippy, and It's on Sale For Just $40
by Yerin Kim 8/25