Cameron, Kate, and Leslie Sport Bikinis and Sip Cocktails in the Bahamas

Cameron Diaz slipped into a bikini while shooting The Other Woman in the Bahamas on Friday. Her costars Kate Upton and Leslie Mann also sported sexy two-pieces for the fun, and the ladies celebrated a long day of filming by sipping cocktails and taking a dip in the ocean. We've seen a lot of the trio lately since production on the revenge comedy began earlier this year — Cameron has been spotted filming flirty scenes with her onscreen love Nikolaj Coster-Waldau in NYC, and Sports Illustrated model Kate busted out a bright white bikini for a day of beach scenes with Leslie in the Hamptons last month. The Bahamas trip marks the first overseas sighting of the group, but we'll likely see more swimsuit moments from the set before filming wraps.

Filming isn't the only gig that Cameron has lined up, as it was announced today that Cameron Diaz was named the artistic director for Pour La Victoire. This isn't your run-of-the-mill endorsement as Cameron will reportedly have a hand in the brand's advertising campaigns. 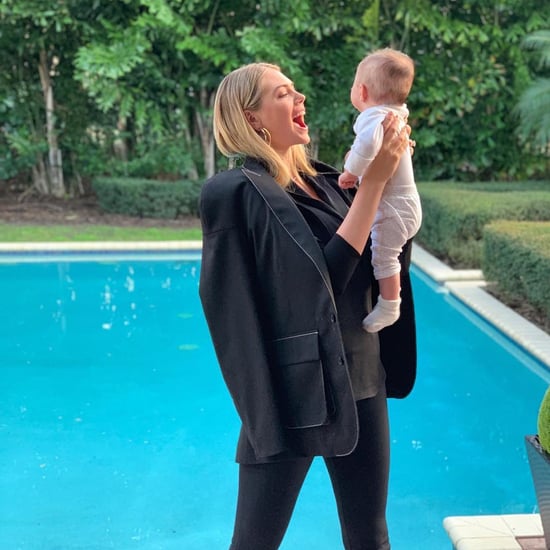