Cameron Diaz wore an extremely little black dress for an appearance on The Tonight Show With Jay Leno last night. In addition to her mini and Lanvin shoes, Cameron's short haircut was also on display! Her interview with Jay Leno was a Thanksgiving installment in which she surprised a serviceman, who said he hadn't hugged a beautiful woman in a while due to his deployment. Cameron surprised his unit by showing up to deliver a big embrace! Afterward Cameron said, "It was awesome. It was great. It was so great to be out there, and especially to see all the uniforms. It's just spectacular — makes you so proud as an American!" Her Bad Teacher costar Jason Segel was on hand to equally give special treatment to a lady soldier.

Previous Next Start Slideshow
Cameron Diaz
Around The Web

Charlie's Angels
Drew Barrymore Reunited With Lucy Liu and Cameron Diaz on Her New Show, and Tears Were Shed
by Yerin Kim 1 week ago 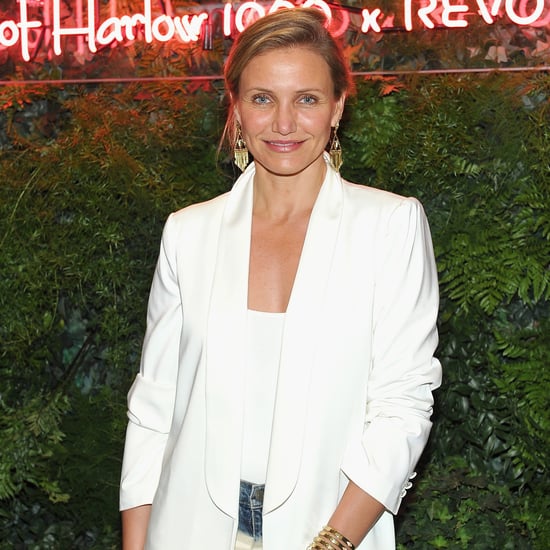