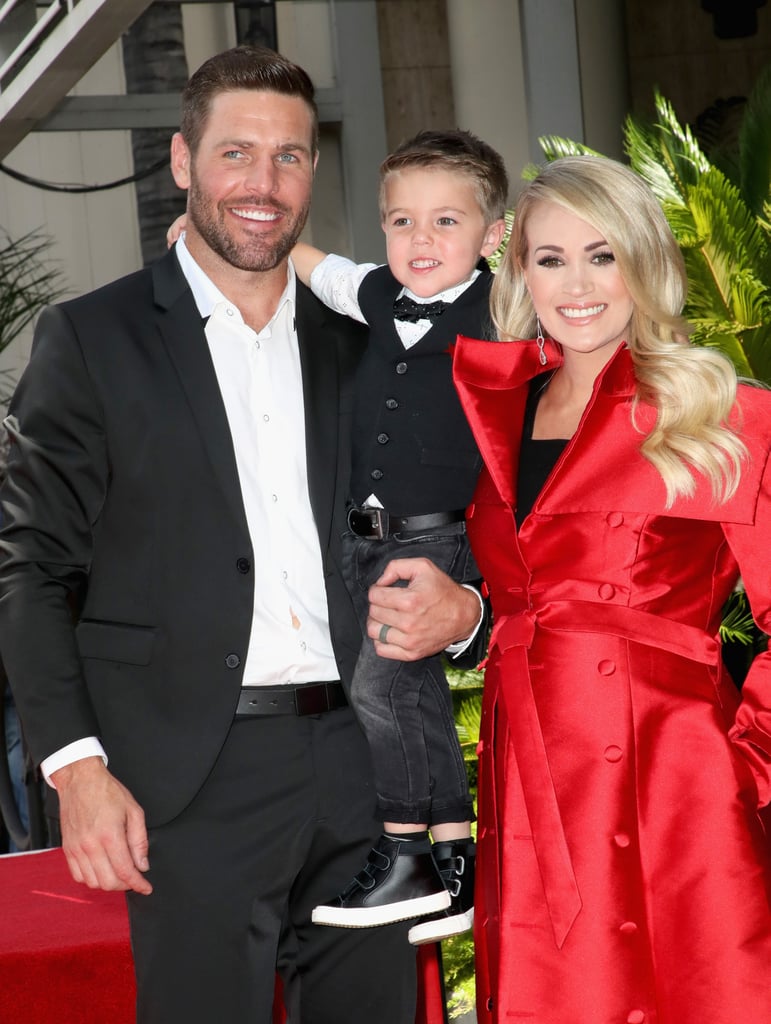 Carrie Underwood was surrounded by her loved ones as she was honored with a star on the Hollywood Walk of Fame on Thursday. The country singer, who is pregnant with her second child, was all smiles as she posed for pictures with her husband Mike Fisher and 3-year-old son Isaiah. We can't believe how big he's getting! Carrie had the support of Brad Paisley and Simon Cowell, who also received a star earlier this year, as they made speeches during her ceremony. While Simon touched on Carrie's incredible talent when she was on American Idol, Brad talked about her legacy in country music. "Carrie Underwood, is in many ways, this generation's Dolly Parton as Ms. Country Music," he told the crowd.

After receiving her award, Carrie gave a tearful tribute to her husband and son. "I met an incredible man, Mike, who thinks I'm so much better than I actually am," she said on stage. "Thank you for believing in me as a human, as a wife, as a mom, and supporting me through all of this. He believes in me and we had another little man who believes in me too. Isaiah Michael, I love you so much. You're the best thing we ever did. I love you and I believe you." Aww! See more pictures from her big day ahead.

Met Gala
Megan Fox Wore a Shorter, Comfier Version of Her Met Gala Gown For the Afterparty
by Yerin Kim 5 days ago

Naomi Osaka
Does It Get Any Cooler Than Naomi Osaka and Cordae at the Met Gala?
by Perri Konecky 5 days ago