It's Halloween, and you know what that means: Miley Cyrus costumes galore. While we've already provided you with plenty of different Miley Cyrus costume ideas, but there really only seems to be one version in particular that celebrities have been emulating: the singer's VMA performance with Robin Thicke. From the teddy-bear bodysuit to the infamous foam finger, check out all the celebrities who are having a Miley Cyrus Halloween! 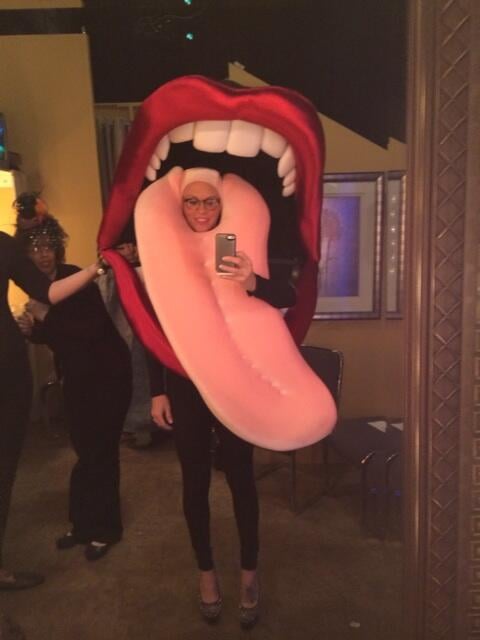 Jenny McCarthy dressed up for The View, and she literally went as Miley's tongue. She even tweeted, "I craved sledgehammers all day."

Kelly Ripa and Michael Strahan dressed up as the infamous duo for the LIVE With Kelly and Michael's Best Halloween Show Ever.

On Good Morning America, anchor Lara Spencer literally came in like a wrecking ball. You can't really top that.

Paris Hilton dressed up as VMAs Miley (before the latex bikini reveal) for the Halloween party at the Playboy Mansion.

See more of the celebrity costumes when you keep reading.

For the Halloween episode of Fashion Police, Joan Rivers sported a really bizarre interpretation of Miley's tongue and foam finger.

For the Playboy Mansion Halloween party, Hugh Hefner dressed as Robin Thicke, while his girlfriend, Crystal Harris, dressed as Miley.

Nostalgia
Miley Cyrus and Dua Lipa Bring Us '80s Edge in Prisoner, With Some Designer Looks in the Mix
by Sarah Wasilak 5 days ago